Switching from Renault to McLaren 'not an overnight decision' - Daniel Ricciardo

Renault's Daniel Ricciardo has admitted it was not easy to make a decision on his future during what has been a "weird time" in 2020.

Last month the Aussie announced he would be swapping from Renault to McLaren for next year's championship, signing a multi-year deal with the Woking team.

There are, however, some - most notably Renault F1 managing director Cyril Abiteboul - who have questioned the timing of his decision.

With Formula 1 racing on hold until July, Ricciardo made the call to swap teams before seeing how the Renault RS20 compares to its McLaren counterpart in a single grand prix.

Did Ricciardo make the right decision by moving to McLaren? Email us. Abiteboul told Motorsport.com: "First it's important to remember that we have one year, one season to do together, and we expect more out of that season than from last season, that is for sure. I'm a bit disappointed because I don't think that you can build anything without stability. That goes for drivers, but frankly that's also true for the rest of the organisation.

"And then I'm a bit surprised about the activism of two particular F1 teams, who have pushed Daniel to sort of rush the decision."

The other team Abiteboul is speaking of is Ferrari, who also made an early call on their 2021 driver line up, signing Carlos Sainz after announcing that Sebastian Vettel would be leaving the team. 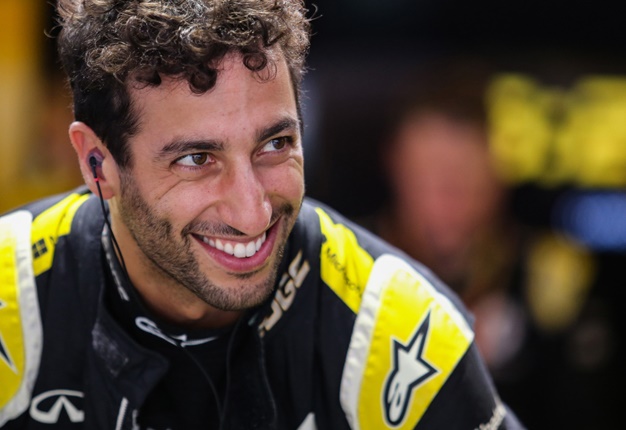 But while Ricciardo's decision did come earlier than he would have ideally liked, the Aussie insists it wasn't a rushed decision.

Ricciardo told Will Buxton during an Instagram Live interview: "Having a lot of time to think about the future was good but at times not easy because you've got all this time and not much action. That was certainly difficult. This whole year has been crazy.

"I guess having these decisions, or making these decisions, with only testing to go by this year, that wasn't easy. For sure ideally you'd race, you'd get going and then you'd make your mind up but we're not in a time with that luxury. It was not easy but at the same time not an overnight decision.

"I guess I'd just say this whole year has been weird and continues to be weird."

We live in a world where facts and fiction get blurred
In times of uncertainty you need journalism you can trust. For only R75 per month, you have access to a world of in-depth analyses, investigative journalism, top opinions and a range of features. Journalism strengthens democracy. Invest in the future today.
Subscribe to News24
Related Links
WATCH | Daniel Ricciardo dodges trees as part of 'reflex training'
Vettel still 'hungry and competitive' to be in F1 - Daniel Ricciardo speaks out on Seb's future
Next on Wheels24
Did Mercedes cost Hamilton a race win after ignoring his 'dry track' messages in Hungary?