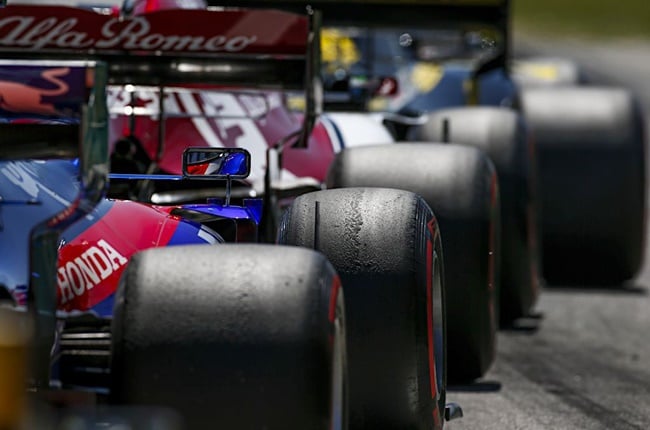 • F1 looking into the idea of a reverse grid

• All ten teams need to agree on it before approval

• Austrian GP earmarked for this concept

The idea of having a reverse-grid race to decide the starting order for the main race was first proposed last season, but it didn’t get the approval of the teams.

But with the season-opener in Austria set to be part of a double-header, as well as possibly the British Grand Prix, F1 officials have revisited the idea.

According to a report from The Race, during a meeting between the FIA, Liberty Media and the teams on Friday, Liberty presented the idea of using one of each of the back-to-back races at the Red Bull Ring and Silverstone to hold a Saturday sprint race which would decide the grid for Sunday’s race. It has been proposed that the starting order for the sprint race would be in reverse-championship standings order. The normal qualifying format would then be in place for the other race weekend.

Such a format would give F1 plenty of data to collect in terms of how viable the format is for the future, while fans would also get to see plenty of overtaking as the drivers usually running at the front try to pick their way through the other runners. There is however, the risk that the racing will all feel artificial, something which was a major concern when this concept was turned down the first time around.

READ: #ICYMI | Six major talking points in Formula 1 you should know of

While the idea reportedly had the FIA's support at the meeting, all ten teams would need to agree for it to happen. The opening rounds of the season at the Red Bull Ring on July 5 and 12 mean the format could be introduced immediately if an agreement is reached.

Reportedly in a show of hands, only one team disapproved of trialing the format, that team apparently being Mercedes, but a formal vote will take place next week.

We live in a world where facts and fiction get blurred
In times of uncertainty you need journalism you can trust. For only R75 per month, you have access to a world of in-depth analyses, investigative journalism, top opinions and a range of features. Journalism strengthens democracy. Invest in the future today.
Subscribe to News24
Related Links
#ICYMI | Six major talking points in Formula 1 you should know of
It's a go! F1 season to open in Austria after government backs Spielberg double act
Next on Wheels24
F1 WRAP | 2021 Saudi Arabian Grand Prix - Hamilton tops both Friday practice sessions