WATCH | F1 explainer: How a driver's seat is made 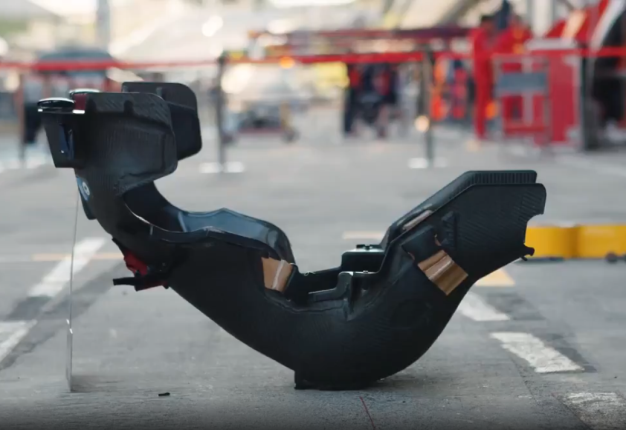 • One of the key components is the driver's seat.

• The seat is manufactured from carbon fibre and honeycomb that makes it incredibly strong but also very light.

Formula 1 is the pinnacle of motorsport. The major teams spending billions of rands on developing their cars for the new season and generally designing systems that will gain them a few seconds over their rivals.

On average an F1 car is made up of 80 000 components, according to Sky Sports. Every single part has to be pieced together accurately for these 330km/h machines to perform in the race.

According to a post by Mercedes-AMG F1 team, a key component of the car is the driver's seat. It's manufactured from a carbon fibre and honeycomb structure, which gives the seat an incredibly high level of stiffness and tensile strength but also weighs very little.

But how is an F1 driver's seat made? Well, fortunately Mercedes-F1 race composite technician Tom can explain this:

"First we take a large bucket that fits into the extremity of the chassis, it's then lined with a bag filled with small beans that are mixed with a resin. Then the driver gets into the car sitting comfortably and hangs around for 10 minutes until the beans and resin go off," says the Mercedes-F1 team member.

No F1 seats are the same as they are manufactured per the requirement of the driver. In fact, the seats may vary throughout the season depending on if the driver builds more muscle or loses weight during the season.

Tom explains that the seat is also an incredibly integral to keeping the driver safe in the event of a crash. The seat isn't fixed to the car, it is connected via four 'bullets', each team uses this system. Once the driver is strapped in, it is those bullets that maintains the fixed nature of the seat.

The 'bullet' system is incredibly important in the event of medical personnel removing a driver from the car in the event of a crash whereby they can remove the seatbelts and use the straps located on the sides of the seat to strap the driver into the seat and remove him from the car safely.

Kicking off our new series of trackside explainers with @F1 seats ??

How are they made, why are they so special, and how do they keep a driver safe? ??

Which bit of F1 trackside tecAh shall we show you next... ?? pic.twitter.com/8OjhVczqmt

We live in a world where facts and fiction get blurred
In times of uncertainty you need journalism you can trust. For only R75 per month, you have access to a world of in-depth analyses, investigative journalism, top opinions and a range of features. Journalism strengthens democracy. Invest in the future today.
Subscribe to News24
Related Links
WATCH | F1 is teamwork: three times it paid off in Hungary
The gap between the Bulls, Merc dominance: Some more F1 Hungarian GP talking points
Next on Wheels24
F1 WRAP | 2021 Saudi Arabian Grand Prix - Hamilton tops both Friday practice sessions