Winning on a high note? Hamilton tunes out over Aguilera album debut 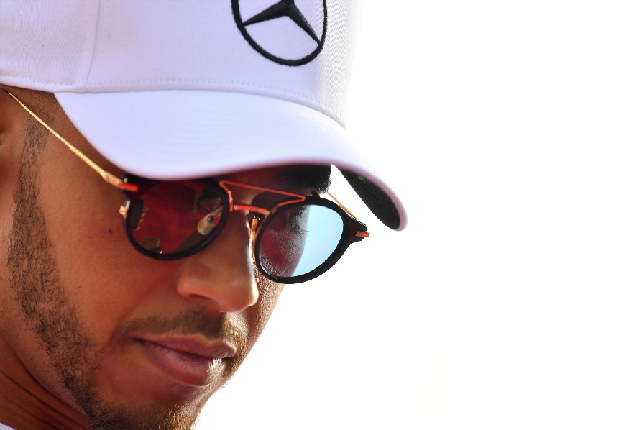 Lewis Hamilton said he was excited by a raft of new updates for his Mercedes car, but ducked all questions about his singing career on Thursday (June 28).

On the eve of opening practice for this weekend's Austrian Grand Prix, the championship leader declined all invitations to discuss his reported involvement as a singer on Christina Aguilera's latest album.

"My sole goal right now and focus is fully Formula 1," said the four-time world champion, dodging the story that has buzzed around the music world about the artist identified as 'XNDA' in a duet with Aguilera on her album 'Liberation.'

"It's not really something I want to speak about," added the world champion.

"I'm here really to talk and focus solely on trying to win this championship and that's really where all my energy is at the moment."

Known to be a friend of Aguilera, Hamilton has made no secret of his love of music and his desire to sing and be involved in the recording industry.

It’s crazy to think that @xtina was standing next to my car and came by to say hi to me. I grew up watching her success and admiring her journey. This was a cool moment. I am so grateful you came by @xtina. God Bless you and your family. Repost from @xtina The Winner!!!! ????????@LewisHamilton #TeamLH So much fun ???? #F1 #AzerbaijanGP #Baku

But after regaining the lead in this year's title race by winning last weekend's French Grand Prix, he was in his racing mode with only one track in mind - the classical Austrian power circuit in the Styrian Alps.

"The development race is always tight," he said, after confirming that in addition to the upgraded engine introduced last weekend at Le Castellet, he and Mercedes team-mate Valtteri Bottas will have several chassis and bodywork upgrades this weekend.

These include revisions to the side-pods and rear wing.

"Up until now we've not really had a lot of development parts on the car," said Hamilton, who leads fellow-four-time champion Sebastian Vettel of Ferrari by 14 points.

"I've been aware that the guys have been working increasingly harder to try and make sure we bring quality rather than quantity so it's great to see there are some new bits here this weekend."

Mercedes are unbeaten in four races at the Red Bull Ring since the track was re-introduced to the calendar in 2014.

Hamilton said that will have no bearing on the outcome this weekend and forecast a ferocious scrap for pole position.

3 races in a row, it's an intense moment in the season. My favourite tunes and the best noise-cancelling keeps me focused on the job at hand. I can't wait to get back on the track this weekend!! Are you excited? ?? #ThisIsMyRace #QC35 II @bose #TeamBose

"Undoubtedly, it doesn't really make any difference coming into this weekend because it's a new year where we are so much closer.

"It's a short circuit and everything is going to be closer than ever before. Everyone has got some sort of upgrades. I anticipate it being one of the closest qualifying sessions that we've probably had this season.

"That's my feeling, although I might be wrong. I hope I am and we qualify one-two with a better gap than that, but I also hope that it is close and it's about those final tenths of a second."

We live in a world where facts and fiction get blurred
In times of uncertainty you need journalism you can trust. For only R75 per month, you have access to a world of in-depth analyses, investigative journalism, top opinions and a range of features. Journalism strengthens democracy. Invest in the future today.
Subscribe to News24
Related Links
Hamilton not commenting on contract rumours
2018 F1 driver championship standings: It's been an incredible season so far!
Next on Wheels24
Lewis Hamilton hits back at critics calling him a 'lucky champion'