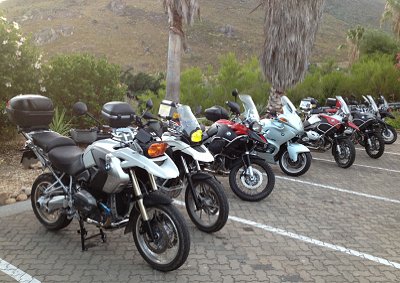 Cape Town - South African consumers were recently hit by two major fuel price hikes in short succession; as a result of which fuel economy has become a very important topic, even for bikers.

Motorcycles are inherently more economical to operate than cars, and many everyday bikers commute with motorcycles for that reason.

However, there are ways to increase your tank range even further, whether for purely economical reasons, or simply to ensure that you make it to that distant petrol station on the few drops left in your tank.

Here are eight tips to help you go further on less:

1 Shop down
If you use your bike primarily in town, consider a smaller motorcycle, a scooter, or (if you want to never worry about the petrol price again) an electric bike. We have recently tested the Zero S and found that in town it performs like a big bike at less than half the total cost of ownership.

READ: Can good road manners save you fuel on SA roads?

2 Keep the pressure up
Low tire pressure creates additional drag, and thus increases your fuel consumption. Check your tire pressure regularly to make sure that they are not under-inflated.

Wind resistance increases exponentially with speed: at 120km/h wind resistance is double what it is at 80km/h. Reduce your speed to below 80km/h whenever you can do so safely. You can also reduce drag by crouching behind the fairing if your bike has one, or lying as flat as possible if not.

Take advantage of higher fuel density by filling up early in the morning. #fuel #consumption #economy

4 Chill out
Aggressive riding is uneconomical, and in my experience it doesn’t actually shorten your travel time significantly. Avoid sudden acceleration by “reading” the traffic ahead and anticipating your speed requirements in advance. Whenever possible, keep your revs in a low, steady range in the power band – your bike will use less fuel to accelerate within the power band than below. If you need more power at low revs, rather shift down than giving it full throttle.

5 At the pump
Whenever possible, fill up in the morning. Fuel is more condensed when it’s cold, so you’ll get slightly more energy per litre.

6 Hit the highways
When commuting, ride highways whenever possible. No only will you avoid stop-and-go traffic conditions (which really kills your economy), but highways are usually flatter and less curvy which makes it easier to maintain an even speed.

7 Take a tip from Rossi
Racers ride in each other’s slipstreams wherever possible to reduce drag. While they do it for extra speed, you can do it for economy. My favourite trick is to pick a tall vehicle like a minibus or SUV through which I can still see the road ahead, and then ride in its slipstream. This allows me to pre-empt sudden braking by the vehicle in front while benefiting from reduced drag.

8 Maintain for economy
Check and replace air and fuel filters regularly, and consider changing them more often than specified in dry, dusty seasons, or if you ride off-road regularly. Replacing a clogged air filter can improve your fuel consumption by as much as 10%.

As a final thought, consider combining errands, or stopping for impromptu purchases on your way to work or back – it will save you both time and fuel. Multiple short trips starting from a cold engine can use twice as much fuel as a single, longer multi-stop trip with a warm engine. Combining this with some of the tips above can reduce your petrol costs even more and help take pressure off your already-stretched budget.

We live in a world where facts and fiction get blurred
In times of uncertainty you need journalism you can trust. For only R75 per month, you have access to a world of in-depth analyses, investigative journalism, top opinions and a range of features. Journalism strengthens democracy. Invest in the future today.
Subscribe to News24
Related Links
Can good road manners save you fuel on SA roads?
Next on Wheels24
Who said women don't drive bakkies? These celebs highlight the 'RangeHer' fuel efficiency