Johannesburg - BP South Africa added a new cleaning adhesive to their fuel and is adamant it will benefit the motorist. BP Ultimate with active technology is the petroleum company’s best fuel to date and, says BP, will start working from the very first fill-up.

Developed over the last five years, the new fuel is said to clean the engine and its components and improve fuel consumption.

What is this new fuel?

Reneilwe Letswalo, BP SA’s head of retail, says that “fuel is not just fuel” and because of this BP undertook the challenge to produce a petroleum that will be advantageous to the motorist.

More than 80 different methods and over 50 000 hours of testing went into its production and the end-result is a fuel that fights the negative effects dirt has on your vehicle’s performance.

The Active technology in the fuel, ultimately, cleans your car’s engine and keeps it clean as you drive.

The benefits, according to BP

BP’s new fuel, now available nationwide, is suitable to all kinds of vehicles. Over the past five years the fuel was tested in different cars, from various years and makes, in different conditions. The result is a fuel that, with continuous usage, will give motorists extra kilometres on a full tank.

BP claims that its new Ultimate diesel can deliver up to 56 extra kilometres on a single fill-up.

When dirt on the engine and its components have been broken down, motorists will experience smoother engine performance and a reduction in unplanned engine maintenance, says BP. 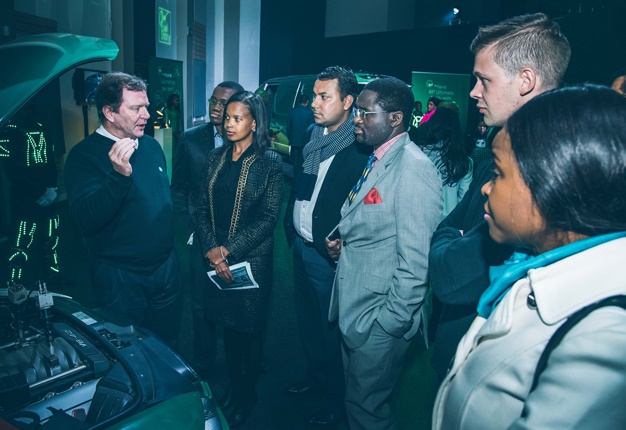 Reason to believe the hype?

For now South Africans only have BP’s word on what Ultimate with active technology fuel can do, or rather: what it theoretically can do. BP is, however, quick to point out that their fuel was tested in real-world conditions and that it wasn’t just lab experiments and formulas that gave substance to their claims.

Compared to first-world countries, South Africa’s fuel is not the cleanest: the sulphur content is just too high. But, says Mbulelo Mthi, BP SA’s regional fuels technology deployment manager, the fuel in South Africa does comply with the standards both government and stakeholders have set out and BP’s new fuel further builds on those requirements.

With rising fuel prices and an economy fighting to stay alive, South African motorists will be looking to save money wherever possible. If BP’s claim of better fuel and improved fuel consumption does turn out to be true, local commuters will have something to smile about.

Brought to you by BP Ultimate Fuel

We live in a world where facts and fiction get blurred
In times of uncertainty you need journalism you can trust. For only R75 per month, you have access to a world of in-depth analyses, investigative journalism, top opinions and a range of features. Journalism strengthens democracy. Invest in the future today.
Subscribe to News24
Related Links
BP Ultimate fuel facts
SA fuel price set for big increase - AA
How not to let the price of fuel ruin your day
Next on Wheels24
Who said women don't drive bakkies? These celebs highlight the 'RangeHer' fuel efficiency