The biggest automotive business deal of 2019 will have consequences beyond the financial.

Pressured by the burden of developing future vehicle technologies (mostly battery systems), and having profits eroded by unpredictable customer trends, FCA and PSA have had no option but to merge.

It is a huge deal, expected to be signed before Christmas. Involving R700bn, it will create the world’s fourth-biggest car company. Forget about the money involved and consider the legacy of some brand involved: Alfa Romeo, Maserati, Lancia, Jeep, Opel.

Five reasons why France is backing a Fiat-Peugeot merger https://t.co/wqpmH5c9Ka

These are some of the most storied car companies, with a proud history of innovation and original engineering. They are also all in a bind, which is why the merger is happening and promises from management that all 13 brands will survive, appear to be disingenuous.

The simple truth is that not all the entities within this new FCA/PSA automotive giant can survive. Most at risk are the partnership’s Italian equation.

Decades ago, the demand for Alfa Romeo and Lancia’s compact performance cars were huge. In 2019, they are nearly invisible to the broader enthusiast market.Maserati traded on its F1 racing heritage and design nous for a long time. But in recent years, as the market has transitioned to new body shapes, traditional Italian sportscar brands have seen their relevance erode.

Supercar producers such as Lamborghini and Ferrari continue to trade on their design drama and advanced technology. Yet for Maserati, which no longer builds a supercar, it effectively has no business or traction in the sportscar market anymore, positioned against more capable British and German rivals.

There has never been a merger of equals in any industry. One company always eats the other, over time. With FCA/PSA it will be the same, despite all the talk of synergies and a common vision.

PSA is the healthier partner, with less debt and a more sustainable compact vehicle product portfolio. 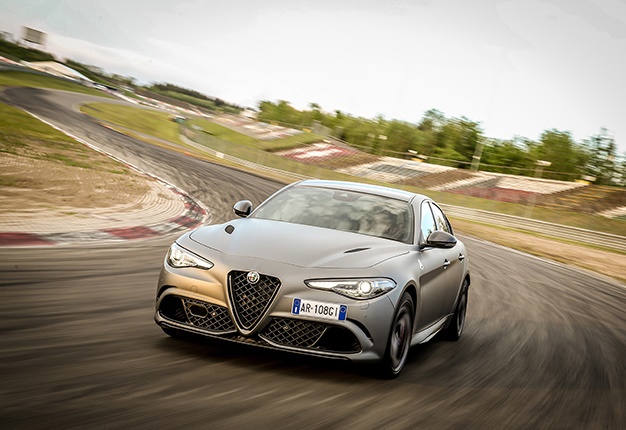 There is little possibility of Peugeot, Citroen or even Opel disappearing in this merger deal. Opel’s market loyalty in the United Kingdom, where it still trades under the Vauxhall nameplate, gives it added relevance.

The risk of automotive brands dying due to this merger is all on the FCA side – and mostly its Italian operations. In a world where bakkies, crossovers, and SUVs are the profit sources for any established car company, you really don’t want to be Alfa Romeo, Lancia or Maserati going into 2020.

Lancia is probably going to be the first victim of this FCA/PSA merger. It is sad to see how this once-revered Italian car company has been allowed to regress. It only builds a single product in 2019, the awfully-dated Ypsilon hatchback. There is absolutely no possibility of Lancia producing an SUV or crossover vehicle in the next two years – and as such, it has no future.

Alfa Romeo might have deep emotional appeal, but it remains a failed car company. Considering the pricing bandwidth of its products, its sales volumes are way too small. Fiat has better traditional sales volumes, but it lacks the crossovers and compact SUVs required for success in the contemporary market.

The upsetting reality is that none of the Italian parts of this FCA/PSA merger have a strong future business case. Lancia will certainly die – and soon. Whilst Alfa Romeo, at its current size and product matrix, cannot be profitable in comparison to Korean, Japanese and German rivals.

Fiat has a huge South American business and some presence in India, which could serve as justification for its survival. But Alfa Romeo, Lancia, and Maserati? In a world of disruption and SUVs, the FCA/PSA merger could finally call time on these legendary Italian automakers.

We live in a world where facts and fiction get blurred
In times of uncertainty you need journalism you can trust. For 14 free days, you can have access to a world of in-depth analyses, investigative journalism, top opinions and a range of features. Journalism strengthens democracy. Invest in the future today. Thereafter you will be billed R75 per month. You can cancel anytime and if you cancel within 14 days you won't be billed.
Subscribe to News24
Related Links
WATCH | Fiat talking to Peugeot-Citroen over merger
Peugeot poised to join the South African ‘bakkie war’
Next on Wheels24
GALLERY: 2019 BMW 3 Series

Get the newsletter
Lockdown For
DAYS
HRS
MINS
Brought to you by
Voting Booth
Do you think Mercedes will return to form later in the 2022 F1 season after two poor races?
Please select an option Oops! Something went wrong, please try again later.
Yes, don't discredit them.
34% - 500 votes
Who cares, F1 is exciting again!
43% - 643 votes
No, it's Ferrari's turn to dominate again.
23% - 340 votes
Previous Results
Car Doctor
How much it costs to replace tyres if you buy one of SA's 5 most popular vehicles