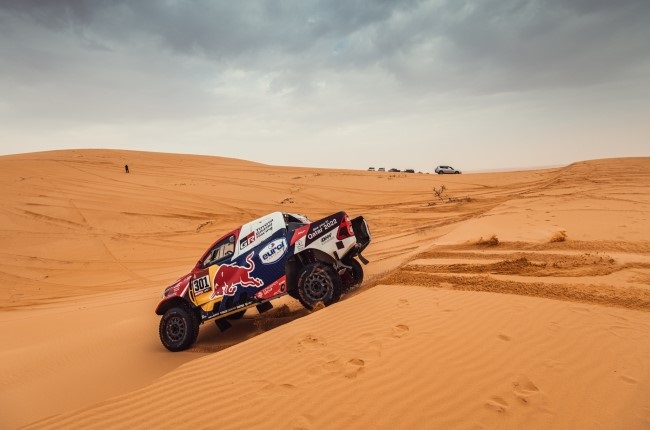 • The marathon stage is behind the crews as the Dakar Rally enters its final week.

• The duo are second in the overall classification, almost eight minutes behind Stephane Peterhansel.

•22nd on stage for De Villiers/Haro

The cars left the city of Ha’il to a remote bivouac at Sakaka via a timed section of 453 kilometres. The best-placed Toyota of Nasser Al-Attiyah and Mathieu Baumel finished 4th on the stage, with Shameer Variawa and Dennis Murphy posting the 15th-fastest time.

There was trouble for Giniel de Villiers and Alex Haro, who suffered four punctures on the day, and were forced to wait for another Hilux crew to come to their aid. The stage was won by Yazeed Al Rajhi, who also races a Hilux. "The marathon stage is always a nervous time for us, especially as it followed straight after the rest day," said  team Principal, Glyn Hall, from the bivouac at Neom, where the service crews are awaiting the arrival of the race crews after Stage 8.

"So, we have to trust that we got everything absolutely spot-on during yesterday's service, before sending the race crews off to complete a stage, stay over in a bivouac where they have to prepare their own cars for the next day, and then race another full stage to the next bivouac," Hall said. "Today's stage was strewn with rocks, and we were grateful for the Tyre Pressure Monitoring System that we adapted from the production GR Yaris for our race cars. The system has worked extremely well and is invaluable in terrain where a slow puncture could go unnoticed by the crew. Overall, we are happy that Nasser and Mathieu managed to stay in touch with the lead, while Shameer and Dennis recorded yet another great result. Unfortunately, Giniel and Alex had four punctures, and lost a fair amount of time. Even so, they are still in the Top 10, which is good for us," Hall concluded. Al-Attiyah/Baumel started the stage at a good pace, but suffered a puncture early on. This forced them to slow their progress, but they  remain in second place overall, 7min 53sec behind overall leader, Stéphane Peterhansel.

A solid 15th position on Stage 7 saw Variawa and Murphy move up one position in the overall standings, and the pair are in 31st place now, 7hr 6min and 02sec behind the overall lead.

Stage seven brought disappointment for De Villiers and Haro, who lost 48min 12sec on the day, after suffering four punctures. They have, however, moved into 8th place overall, just shy of three hours behind the lead. 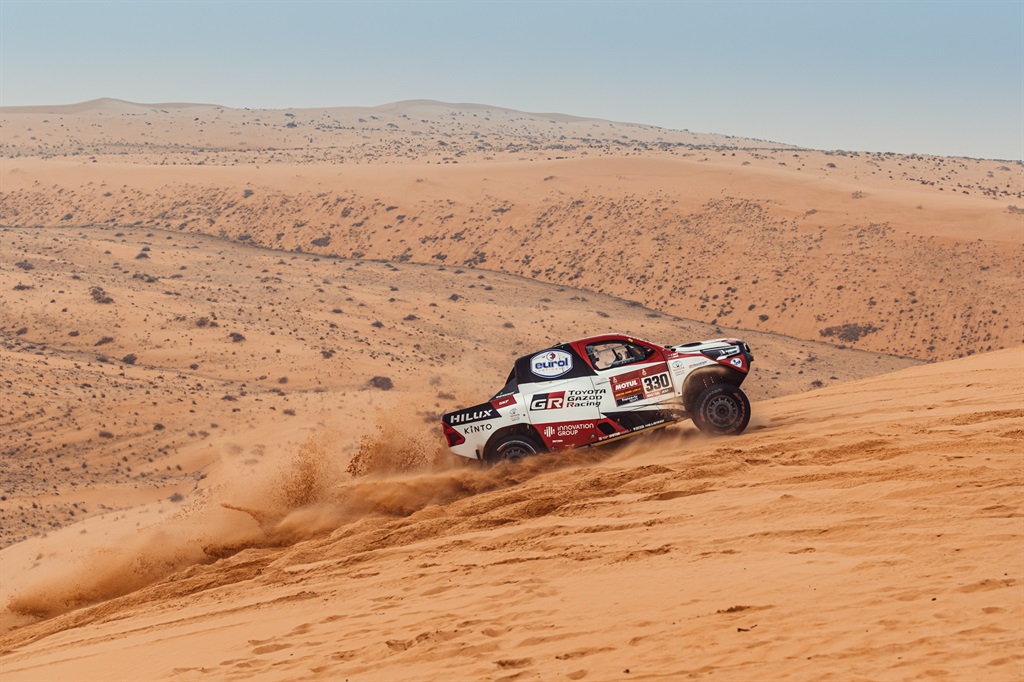 The next stage will see the crews race from Sakaka to the bivouac at Neom via a stage of 709km. This comprises a liaison section of 334km, and a timed stage of 375km over sandy and stony tracks.

This will see the race cars reunited with the technical crews, in preparation for the final four stages of this year’s event, which is set to finish on January 15th in the Saudi city of Jeddah.

We live in a world where facts and fiction get blurred
In times of uncertainty you need journalism you can trust. For 14 free days, you can have access to a world of in-depth analyses, investigative journalism, top opinions and a range of features. Journalism strengthens democracy. Invest in the future today. Thereafter you will be billed R75 per month. You can cancel anytime and if you cancel within 14 days you won't be billed.
Subscribe to News24
Related Links
Dakar | Well-earned rest ahead of marathon stage for Toyota Gazoo
Next on Wheels24
Dakar: A dream realised for SA's Schalk Burger and Henk Janse van Vuuren