• Various races will take place over the coming two days.

• The race will be streamed live on the SA Endurance Series Facebook page (see bottom of article).

Over 30 cars and 60 drivers will make their way to South Africa's fastest race track on Saturday, 5 September for the third round of the 2020 South African Endurance Series. The Bigfoot Express Freight 700, a four-hour event, will take place at the historic East London Grand Prix Circuit.

Wins in the opening two rounds of the series have given Charl Arangies (Stradale Motorsport Lamborghini Huracan) an advantage at the top of the championship standings, and he will be looking to build on that in East London. As he did at the last round, he has joined forces with Stuart White in his quest for three wins on the trot.

The Scribante Racing Suzuki powered Chevron B26 with Franco and Silvio Scribante has proved to be extremely quick but fragile, and the pair will be hoping for a competitive outing after being plagued by mechanical maladies in the first two rounds. Paul Hill and Michael Stephen (Kalex Aston Martin Vantage) have the potential to upset the established order and cannot be ruled out of the podium positions in their first race together this season. Hard work will be key

After taking second place in the opening event at Zwartkops, James Forbes will partner with Riaan Bothma in the Auto Investment Ligier JS51 in his hunt for more points in the overall and Class S standings. They will be joined by Romano Sartori and Franco Di Matteo in the AMC Ligier JS49.

Dean Wolson, Philip Meyer and Gerald Wright were plagued by mechanical problems in Port Elizabeth and will be looking for a return to the form that saw them take third overall and second on Index of Performance at the opening round just six weeks ago. Hard work by the team should ensure that they will again be a threat in their Class V Wright Motorsport Sports 2000.

Sun Moodley and Andrew Culbert's first outing of the season together netted them third place in Port Elizabeth and they will be back behind the wheel of the Bigfoot Express Feight Porsche 991 GT3 Cup in the GT4SA class. At the same time, Moshin Mia, and Rajendhren and Jayendren Naidoo have entered the Toys R Us Porsche 996 in the GT3SA class. For this event, Tony Martin has joined forces with Brian Martin and Trevor Graham in one of the GT5SA Backdraft Roadsters while JP Bredenhann will join Mike McLoughlin at the wheel of the other one. Despite a crash in the opening round, Bryan Morgan and Donovan Taylor lead the Backdraft Roadster Class E standings in their Great Soft car. They have been chased home in both events by Steve Clark and Reghard Roets (Maximo Racing). Stiaan Kriel and Kosie Weyers (SK Racing) finished third in the opening round, but mechanical problems in Port Elizabeth, where they were joined by Stiaan's wife Robyn, prevented them from adding to their points tally.

Steady drives by Eduan Bester, Barend and Harm Pretorius (Team Petsy Racing) have seen them collect points for fourth place in both of the season's events and they will be looking for more of the same. Zane Pearce will again partner Nick Davidson and Brendan Smith in the Team PSD car while Wade van Zummeren and Clare Vale will share the Black Art Racing entry. Colin Ellison has teamed up with Peter Jenkins in the ATE Brake Systems/Nucleus Supply Chains entry for this round while the Di Matteo Racing entry should be in the hands of Julian Familiaris and Lorenzo Gualtieri.

Two more Maximo Racing cars, one with Brandon Dean and Willie Erasmus at the wheel, the other piloted by Kurt and Ryan Bakewell together with newcomers to the Class, Ismail Peck and Lonika Maartens in the Stradale Motorsport entry round out the Class E field. In the tin-top classes, Andre Bezuidenhout and Saul Hack (Team Perfect Circle VW SupaCup) will be out to continue the form that saw them take fourth overall in Port Elizabeth. Their main competition is likely to come from the Minis of Bradley Scorer and Mikaeel Pitamber (Fast Developments) and Kris Budnick and Christopher Pretorius (Tilt Advisory). However, Karah Hill and Trevor Bland (Kalex VW Polo) are likely to have other ideas. Locals Robert Green, Shaun Gradwell and Shaum Vallance (KWT Maglab BMW) will also be in the hunt.

Unfortunately, the Covid-19 protocols imposed on sporting events by the Department of Sports, Arts and Culture mean that the event has to take place without any spectators. Race fans will be able to follow the action on the SA Endurance Series Facebook page with the live stream of the Bigfoot Express Freight 700 starting at 13:00. 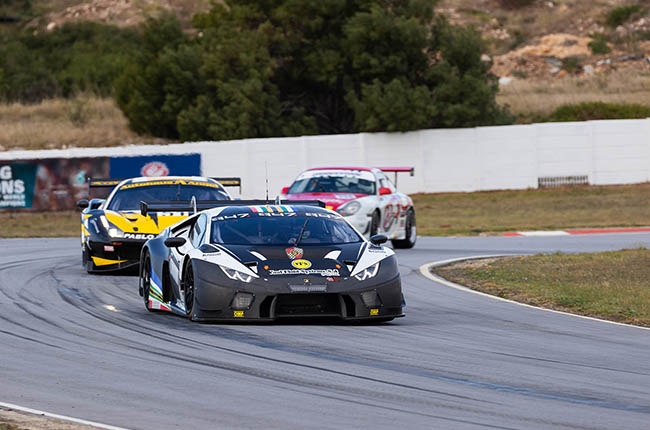 SA Endurance Series (Paul Bedford)
We live in a world where facts and fiction get blurred
In times of uncertainty you need journalism you can trust. For only R75 per month, you have access to a world of in-depth analyses, investigative journalism, top opinions and a range of features. Journalism strengthens democracy. Invest in the future today.
Subscribe to News24
Related Links
SA Rally championship kicks off with double-header in Secunda
Women in Wheels | South Africa’s most acclaimed motoring journalist – Charleen Clarke
Next on Wheels24
UPDATE | Postponed historic Kyalami 9 Hour gets new 2022 dates