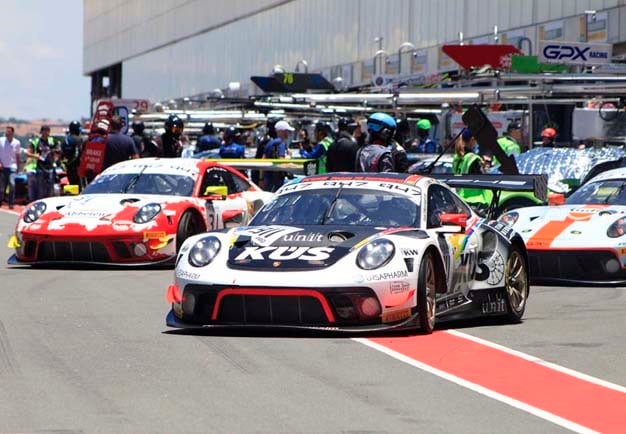 'There is a big demand for motorsport coverage in South Africa. A fact that has been proven this past weekend when the Kyalami 9 Hour became the number one watched motor racing live stream on Youtube for 2019,' writes Junaid Samodien and Franco Theron.

South African pay-tv channel, SuperSport began broadcasting live sporting events in the late ’80s, and after a few years, the operation expanded to a satellite carrier. In the early 2000s the service began broadcasting Formula One for the very first time, and as the years progressed the pay-tv service acquired sole rights to Formula One, and thus began the rapid expansion of motorsport on pay-tv in South Africa.

The SuperSport service grew to become the independent platform for all international and national motorsport events.

Live broadcasting of South African motorsport is yet to get off the ground, but SuperSport does, however, offer subscribers delayed coverage or highlight shows of national motorsport events.

There is a big demand for motorsport coverage in South Africa. A fact that has been proven this weekend when the Kyalami 9 Hour became the number one watched motor racing live stream on Youtube for 2019.

@torquemarius Thank you for being such a superb MC at the @IntercontGTC @kyalami9hour . You brought such an authentic flair, job well done my friend. Local is always lekker, ons eie celebrity ???????? pic.twitter.com/RlKFkfaWbv

The race coverage included interviews with the Gauteng Sport MEC Mbali Hlophe and Minister of Transport, Fikile Mbalula who reinforced that motorsport is important to bringing investment and tourism into South Africa, as well as using the sport as a platform to promote safety on the roads.

Greg Moloney and Rob Portman (Editor and owner of RideFast  Magazine) were in the commentary box for the Volkswagen Polo Cup/VW Challenge over the course of the weekend. In addition to the commentary stint by Portman, he introduced the SuperSport audience to the Soweto Drift Academy action.

The Kyalami 9 hour gave South-Africans more opportunities to witness live international racing, not only along the race track but also on TV/Live streams (knowing that the event is taking place, relatively close to them), will again bring back the passion for racing, that could be seen in the '80s and early 2000s.

We commend not only the event organisers and track investors, but also the broadcasters, such as SuperSport, for helping along with this growth.

We live in a world where facts and fiction get blurred
In times of uncertainty you need journalism you can trust. For 14 free days, you can have access to a world of in-depth analyses, investigative journalism, top opinions and a range of features. Journalism strengthens democracy. Invest in the future today. Thereafter you will be billed R75 per month. You can cancel anytime and if you cancel within 14 days you won't be billed.
Subscribe to News24
Next on Wheels24
WATCH | Sébastien Ogier celebrated in a new film as he returns for Rally Portugal