OPINION | 'Yes, we can!' - How South African motorsport can survive after the coronavirus crisis

Reynard Gelderblom
Share
In short, the 2020 South African motorsport season to date can be described as follow: "Lights out, here we go… Lockdown!"

The Covid-19 pandemic has caused chaos around the world. In a matter of weeks, it has gone from a virus that primarily brought Wuhan in China to a standstill, to something that has spread through Europe like wildfire, and now has more than a quarter of the global population in lockdown.

A host of significant events for the year were suspended with the remaining ones also finding themselves in a state of limbo. Significant factories and businesses have suspended operations indefinitely (Let that last word sink in quickly) while every vital economy has become a rollercoaster.

A few international motorsport championships managed to get their opening round in, but at present, all the signs are reading "Bye Bye, see you in July again… Maybe."

READ: OPINION | Car buying will never be the same again

This was felt in South Africa as well. Motorsport South Africa swiftly followed up with calendar suspensions while city councils revoked event permits. With teams locking up shop even before they could wash off the dust from the previous weekend's first national round, this left a host of stakeholders income-less at very short notice, and for a period that is as yet not defined.

Motorsport is by nature one of the most expensive sporting codes around. Yet it is also the sport that has seen the least amount of corporate investment over the last decade. To date though, the sport has found itself in a reasonably strong position in South Africa, especially compared to the rest of the continent while fielding two top-class saloon car championships.

In recent years we have also seen the country making its way back onto the global calendar with World RallyCross, Kyalami 9 Hour, and a scheduled round of the World Endurance Championship. But the economic picture is rapidly changing due to the pandemic,and the recent Moody's downgrade could also not have come at a worse time. 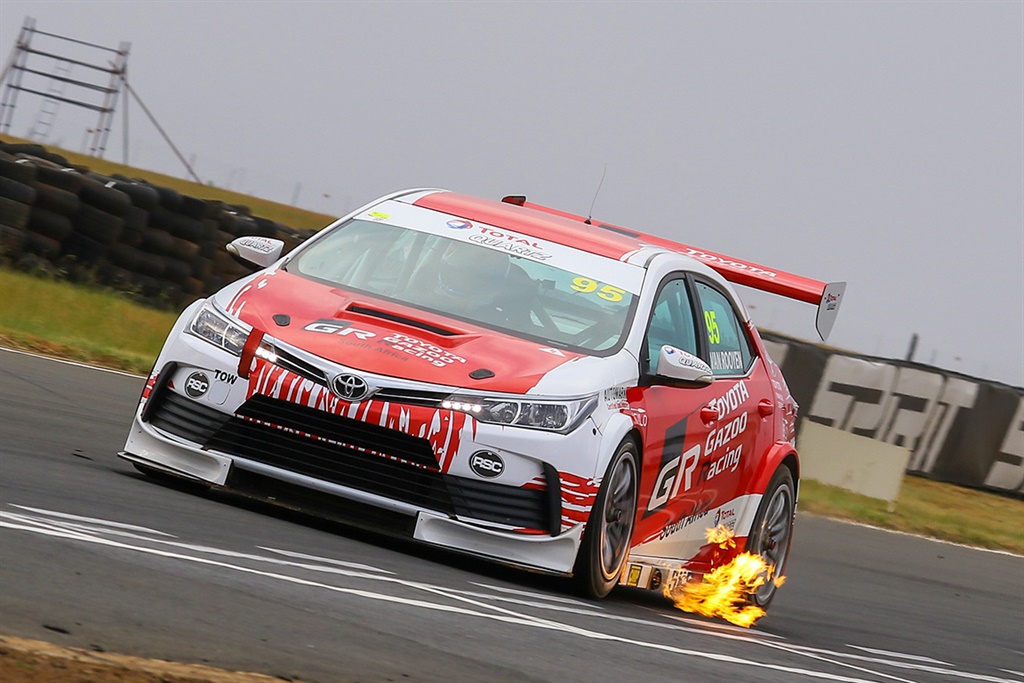 A beacon of hope

The picture is, however, not all doom-and-gloom from our conversations with two of South Africa's leading competitors.

Michael van Rooyen competes in the Global Touring Cars Championship and spearheaded Toyota's 2019 South African circuit racing return. He is well aware of the pressure that he finds himself in to meet the success targets set out by the brand and how difficult this will be in 2020.

"There is a lot of pressure on me, particularly to keep the momentum of our stellar 2019 season going in the year ahead," says Van Rooyen.

"The key is to remain positive despite the uncertainty we are facing at present. We know that we will have to hit the ground running. We do find ourselves in a bit of a catch 22, especially with the knowledge that we'll have to reduce spending but still look after our current personnel. Nothing is impossible, though, and we'll need to rise to the challenge ahead of us."

While it is yet uncertain how public gatherings will be affected once lockdown is over, Van Rooyen also sees the potential for further innovation to promote the sport.

He says: "We don't know if the end of the lockdown will mean that we can jump straight into hosting big events again either. Perhaps this will also see online streaming becoming a crucial part of the way forward." Chris Shorter is one of the most experienced Oettinger Polo Cup competitors and is the only former series-champion in the current field. He competes for the Signature Motorsport outfit, a team representing six of the biggest brands in South Africa.

"The importance of Volkswagen's involvement in motorsport will certainly be highlighted when we start again; especially with the confidence that the brand has put into this series both from a local and international perspective," says Shorter.

"These are uncertain times for all of us, but especially now that opportunities are limited. This is the time to show your sponsors what you are worthwhile in finding innovative ways to promote them."

Shorter is certainly leading by example in this regard while he competes in online racing during this forced-break. All his "races" are being streamed online and feature overlays of the brands that he represents when driving his real race car as well.

On the other end of the spectrum, there are the regional and club racers. Often not having the backing enjoyed by national competitors, these guys still manage to put on quite a good show.

Bernard de Gouveia is one of these drivers and also heads up BMW Car Club Gauteng's racing series.This has become one of the most spectacular regional championships in South Africa; also enjoying title-support from tyre manufacturer Bridgestone.

"All our guys are eager to get back on track, it only is a question of when that will be," says De Gouveia.

"Even before Covid-19, our members have always kept a healthy balance between business and pleasure. Everything is based on the economy now, satisfying existing sponsors while remaining a lucrative option for potential new ones will be more important now than ever before." Strong leadership is what will be needed in this situation, and MSA Chief Executive Officer Adrian Scholtz is in support of the actions taken by President Ramaphosa. Four days before the lockdown announcement, MSA suspended all events until the start of May.

"As South Africans, the motorsport community need to act as responsible citizens during this time, therefore suspending our calendar was the only viable option," says Scholtz.

"The health and safety of the motorsport community at large is, and remains MSA's primary concern."

Schotz is the first to acknowledge that it will be a difficult task ahead with even more challenges than what the sport has faced in already trying circumstances, but believes that the passion of those involved will be of the utmost importance when life starts returning to normal.

When this time comes, MSA will need to implement a dynamic and out-of-the-box approach to put together meaningful championship seasons for the full range of categories competing under its flag. Ideas like double-header events and seasons extending into 2021 are just some of the ideas being evaluated.

At the same time, Scholtz would also like to reaffirm that MSA is open to all constructive ideas from the relevant stakeholders.

Scholtz says: "A lesson that we've already learned from this is that a database is needed of each motorsport manufacturer's capabilities. We are fortunate to have a host of very highly skilled people working in this sport and in a crisis like what we are facing at present, these skills could, for example, be utilized in the construction of infrastructure for temporary medical facilities."

It is an uncertain time that lies ahead for the sport, both in South Africa and globally. The last time that sport as a whole was impacted in such a manner, it involved a world war. To say that this is a new situation for any of us is probably the biggest understatement I've ever made.

I'd like to share the view expressed by Scholtz as we pave the way forward: "The only certainty that we have is that the world will never be the same again. The economic impact of this pandemic will be felt for years to come and will have a severe effect on the leisure and entertainment industry."

"However, from a spectator point of view, local motorsport has always provided good value for money. Certainly a positive approach is going to be extremely helpful as everyone adjusts to life post-Coronavirus.

"The South African motorsport community has shown itself to be remarkably resilient in the past and will no doubt continue to do so in the future. The passion for the sport will be undimmed following the upheavals of the pandemic and this passion will need to be harnessed effectively, with all motorsport stakeholders hopefully pulling in the same direction to restore the sport to a position of strength.

"The 'Stronger Together' adage will never be more important than when South Africa, and the world, move on after this unprecedented crisis."

We live in a world where facts and fiction get blurred
In times of uncertainty you need journalism you can trust. For only R75 per month, you have access to a world of in-depth analyses, investigative journalism, top opinions and a range of features. Journalism strengthens democracy. Invest in the future today.
Subscribe to News24
Related Links
OPINION | Car buying will never be the same again
French MotoGP the latest race postponed over coronavirus
Next on Wheels24
WRC: Thierry Neuville dominates Spanish Rally as Sebastien Ogier loses ground