They're sportsmen, not lawless - Why Drift Outlaws will only participate in legal events

• Drift Outlaws and its members refrained from participating in illegal events during lockdown.

• City of Cape Town is one of the promotion's sponsors.

• Drift Outlaws prides itself on doing things the legal way.

As many are aware, the Covid-19 pandemic has been a major stumbling block for all entities around the world. Both internationally and locally, motorsport has been at the receiving end of this as well, but it takes a tremendous amount of integrity not to chase the thrill.

When you're involved with a motorsport code like drifting, the thrill of the drive can easily have you do something irresponsible. How? Like participating in illegal events. This was something the sportspeople from Drift Outlaws had to contend with during the lockdown.

Speaking to Wheels24 via video, Raziek Rajah explains that it was imperative that the drifters who form part of his promotion, do not get involved with any non-legal events, as it could strain any progress they've made as a group over the last few years. 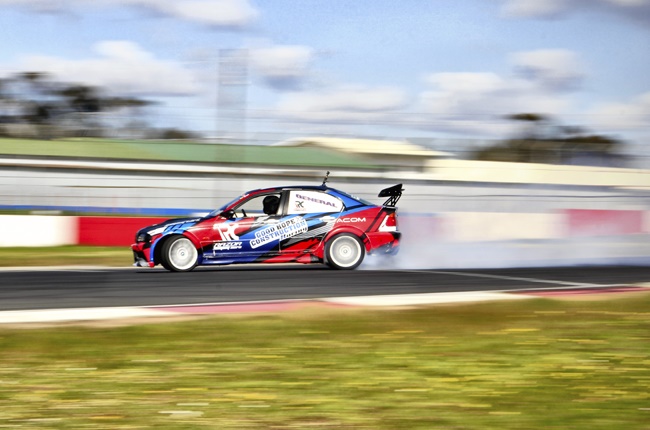 Partnerships need to be respected

Rajah further explains that he was left with a decision as to whether he should allow his drivers to partake in underground events. On the one hand, if he did, the drifters would have gotten some practice in and sharpen their skill. While on the other, what damage would it have caused to the entities that came on board as partners to Drift Outlaws and Razor Customs - the latter is Rajah's tuning shop and one of Drift Outlaws' sponsors.

Rajah and his team also have the favourable support from the City of Cape Town and Alderman JP Smith; both entities who came onboard because Drift Outlaws wanted to operate legally.

Rajah says: "I found myself in a challenging position because do I involve Drift Outlaws members within the uncontrolled illegal space? Or try and work within this very restrictive space of how motorsport should work in the current times? And I'm glad I didn't go with the former, because it would have placed Drift Outlaws and Razor Customs in a fairly invidious position."

The third season of Rajah's television show, Razor Custom Car Show, will premiere in the coming months and will shed further light on Drift Outlaws, and the competitors that form part of it.

Have you ever been at a drifting event? What are some of the best aspects of this type of motorsport? Email us. We live in a world where facts and fiction get blurred
In times of uncertainty you need journalism you can trust. For only R75 per month, you have access to a world of in-depth analyses, investigative journalism, top opinions and a range of features. Journalism strengthens democracy. Invest in the future today.
Subscribe to News24
Related Links
'Bragging Rights will be my redemption' - Shane Green looking to atone for 2019 failures
This is how the Queen of Smoke, Stacey-Lee May, passes time during lockdown
Next on Wheels24
UPDATE | Postponed historic Kyalami 9 Hour gets new 2022 dates