WATCH | It's Samson vs. Goliath as two Cape Town drifters will battle to become Drift King • Stemmet is currently #1 on the Drift Outlaws rankings.

• The rivalry has been brewing for the longest time.

It's been a long time coming, but two of Cape Town's best drifters will finally go head-to-head at the end of November 2020. Juan Stemmet, one of the finest drifters in all of South Africa, will defend his Drift King crown against Shane Green - the Atlantis drifter who has faced a tremendous amount of difficulties in his drift career.

If you've been keeping tabs on South Africa's drift scene, you'll recall that Stemmet represented South Africa at the FIA Intercontinental Drift Cup in 2019. And though he did not walk away with the laurels, being the first South African at the event speaks volumes of his talent and skill behind the wheel of his drift car.

Green, though, believes that it should have been him in that spot and is adamant that he will leave Stemmet in his smoke. 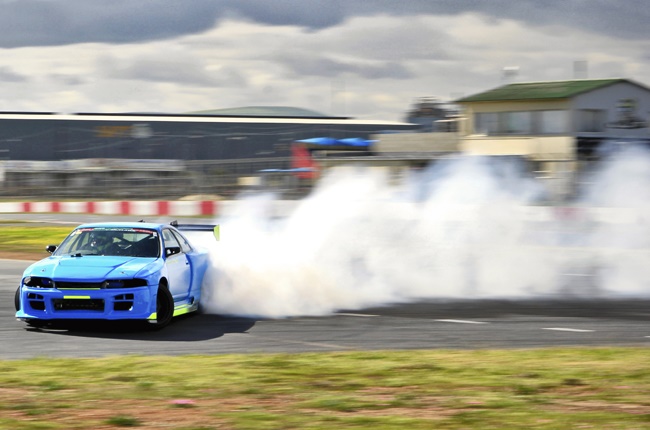 The rivalry between these two drivers was supposed to culminate at Bragging Rights earlier this year, where an R20 000 wager was put on the table, but bad luck befell both drivers and neither wanted a challenge where the opponent's car is not up for the challenge.

Race master Raziek Rajah, however, is well aware of the rivalry between the two Drift Outlaws' members. He realises that Stemmet is the drift king, but also that Green has the potential to become number one. Following discussions with both drivers and the Drift Outlaws fraternity at large, Stemmet and Green will take each other on at a drift event on 28 November, dubbed Samson vs. Goliath.

Stemmet and Green are undoubtedly two of the biggest names in drifting at the moment, and their rivalry is one of the most talked-about aspects of the sport, locally. Green is out to prove that he is the better drifter, while Stemmet will not relinquish his crown without a fight.

More on the story as it develops.

We live in a world where facts and fiction get blurred
In times of uncertainty you need journalism you can trust. For 14 free days, you can have access to a world of in-depth analyses, investigative journalism, top opinions and a range of features. Journalism strengthens democracy. Invest in the future today. Thereafter you will be billed R75 per month. You can cancel anytime and if you cancel within 14 days you won't be billed.
Subscribe to News24
Related Links
12-year-old Muhammad Uzayr Rajah has his drift goals set - 'I want to challenge my dad'
Women in Wheels | Samantha O'Connor powersliding as the only female in Drift Outlaws
Next on Wheels24
Ride Train Race: Giving back to the community through youth development