• Unique ‘6.75 Edition’ rounds off the summit of automotive luxury

After 10 years and 7300 examples produced, Bentley's flagship luxury sedan the Mulsanne has reached the end of its production cycle. The Flying Spur will take the stop step in the carmaker's line up.

Each model was handcrafted at Bentley’s home in Crewe, Cheshire. Due to the Covid-19 pandemic, the usual end-of-production celebrations were limited to the craftsman posing for socially-distanced photographs with the final cars.

The penultimate Mulsanne Speed ‘6.75 Edition by Mulliner’ finished in Rose Gold over Tungsten pictured is heading to a US customer. And the company says final Mulsanne's future home remains a closely guarded secret.

The Mulsanne’s lineage can be traced back through Bentley’s history, from the original 8 Litre of 1930 - the last car designed and developed by W.O. Bentley himself – as the most luxurious, coach built Bentley of its time. "The Mulsanne is the culmination of all that we at Bentley have learnt during our first 100 years in producing the finest luxury cars in the world. As the flagship of our model range for over a decade, the Mulsanne has firmly solidified its place in the history of Bentley as nothing less than a true icon", Bentley Chairman and Chief Executive, Adrian Hallmark said.

Over the course of the Mulsanne's life cycle over 700 people have invested close to three million hours crafting the ultra-luxury sedan. The Mulsannes' bodies required approximately 42 million spot welds, and stitching the leather interiors took more than a million hours.

To get the cars gleaming almost 90 000 hours have been spent polishing the four-door luxo-barges and that's before a total of over four million individual quality checkpoints. 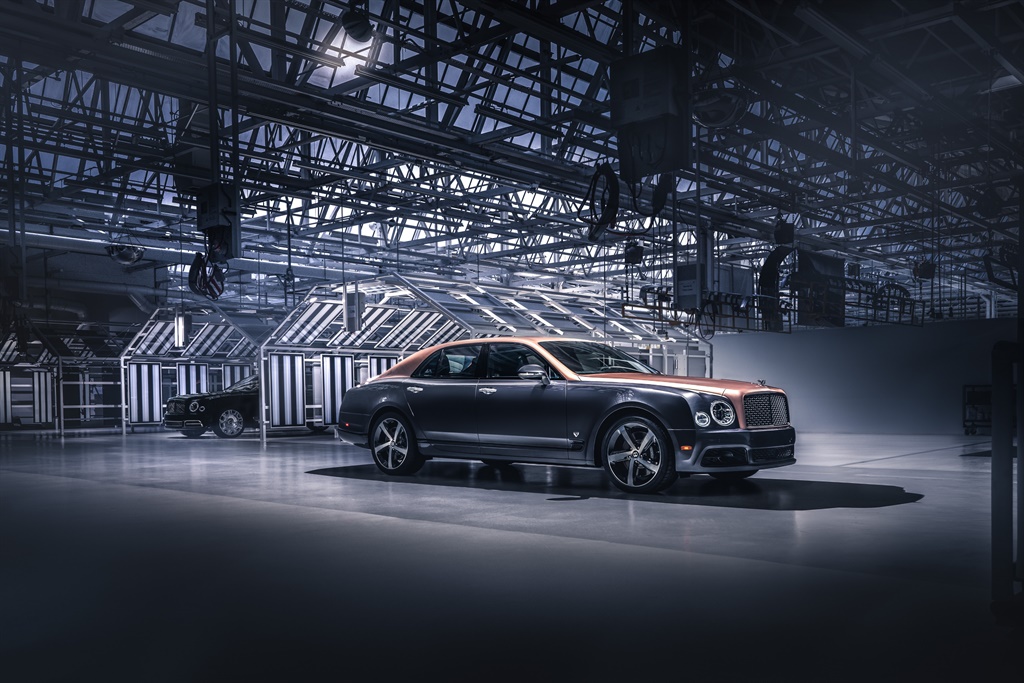 In 2020, the final series production cars form the unique '6.75 Edition by Mulliner' signifying the end of Mulsanne’s reign. Taking its name from the 6.75-litre engine, which this year also came to the end of production after more than 60 years, the '6.75 Edition' is limited to only 30 examples.

Tributes to the car's name include the interior 'organ stop' ventilation controls are replaced by designs capped by miniature versions of the engine oil cap. The faces of the clock and minor gauges feature schematic cutaway drawings of the engine itself.

Dark tint treatments to the Flying B bonnet mascot, Mulliner Serenity radiator grille and exhaust finishers make it that much more special to look at.

Homage to the motor is paid under the bonnet with the engine intake manifold finished in black in lieu of the traditional silver, and the Engine Number Plaque – traditionally signed by the craftsman that built the engine – has been signed by Adrian Hallmark himself. We live in a world where facts and fiction get blurred
In times of uncertainty you need journalism you can trust. For 14 free days, you can have access to a world of in-depth analyses, investigative journalism, top opinions and a range of features. Journalism strengthens democracy. Invest in the future today. Thereafter you will be billed R75 per month. You can cancel anytime and if you cancel within 14 days you won't be billed.
Subscribe to News24
Related Links
WATCH | Celebrating 10 years of the handcrafted Bentley Mulsanne
SPOTTED | Bentley's new Flying Spur posing around in Franschhoek ahead of its local launch
Next on Wheels24
SEE | Mahindra unveils new Scorpio-N SUV and it's coming to South Africa in 2023