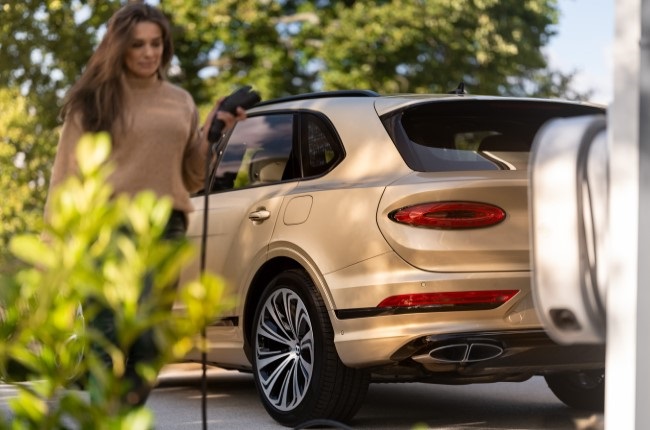 • The luxury carmaker is now readying a Hybrid model that is the next step towards Beyond100 strategy.

• Bentley says it is the first of two new plug-in hybrid models to be launched in 2021.

Bentley will debut two plug-in hybrid models in 2021. The company will introduce the Bentayga Hybrid as part of its Beyond100 strategy.

It features an E Motor partnered with a 3.0 litre twin turbocharged V6 petrol engine delivering 330kW and 700Nm of torque. Bentley says it has combined range of 862km with capability of 50km range in pure electric drive. 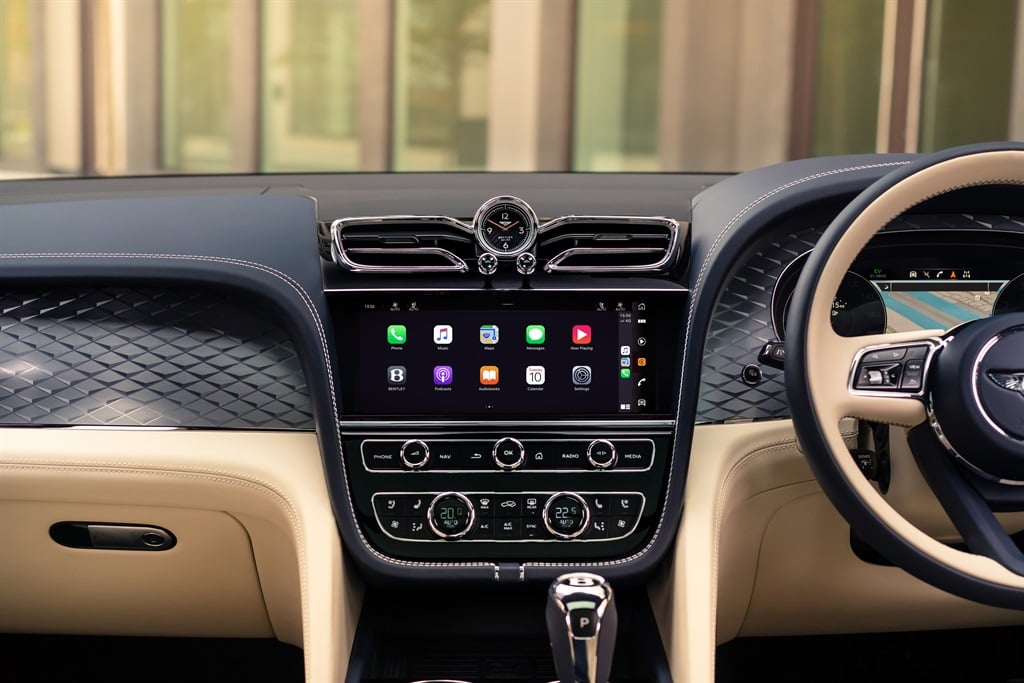 There is usage profile data that shows majority of journeys made with Bentayga Hybrid are in EV mode. The facelifted version benefits from an expanded suite of My Bentley connected services using embedded SIM with Hybrid specific content.

The British brand says it is taking the next step on its journey to a sustainable future with the launch of the new Hybrid derivative – the only electrified true-luxury SUV in the world, and a model that Bentley predicts will become the best-selling member of the new Bentayga family.

Following the recent launches of the new V8 and Speed models, the new Hybrid becomes the third model in the luxury SUV portfolio the segment has ever seen, according to the carmaker.

The new exterior and interior design emphasises the luxury carmaker's design DNA across the entire model range, giving Bentley the freshest and most modern product family of any luxury car company. Most advanced Bentayga yet

Bentley says customers of the Bentayga Hybrid can escape the noise of the city through the refined and acoustically-isolated serenity of the cabin without engine interference, using up to 50km of electric-only range, before physically leaving the city behind with the comfort of a total combined range of 862km the company claims.

Delivering the same level of comfort and luxury, yet with a quieter and more refined driving experience, the Bentayga Hybrid brings a selection of new technologies and connected car services, positioning the new product as the most technically advanced Bentayga to date.

"The Bentayga Hybrid is the next step on our journey to becoming the world’s leading sustainable luxury mobility company. Bentley will transform from a 100-year-old luxury car company to a new, sustainable, wholly ethical role model for luxury, and the Bentayga Hybrid is the first model to pioneer our company’s recently announced Beyond100 strategy," says Chairman and Chief Executive of Bentley Motors, Adrian Hallmark.

Bentley's research shows over 90% of customers use their first-generation Hybrid on a daily basis or several times a week, and nearly 100% of customers use EV mode, with half of them consistently undertaking journeys of less than 50km.

During previous retailer training, 78% zero emissions journeys were achieved regularly over a 805km activity. In a more urban environment, one of Bentley’s development drivers achieved 67% zero emissions over 1081km around San Francisco, and in the UK, Chris Cole – Project Leader for the Bentayga Hybrid achieved 64% zero emissions commuting to and from the factory. The Bentayga Hybrid's electrified powertrain consists of 12 main components in three key areas. Firstly the distribution of electricity; the charge point is located on the left-hand side of the car, opposite the fuel flap and is specific to the region of the vehicle. An LED provides a visual indicator showing the state of charge of the battery, which can be charged at a rate of 7.2kW/h.

The 17.3 kWh lithium battery consist of 168 individual cells with an expected life of 160 000km or eight years, and can be charged to 100% in as little as two and a half hours (region specific). The power electronics convert the energy stored from the high voltage battery to supply the E Motor or supplement the existing 12-volt vehicles electrical infrastructure.

Conversion of stored energy into smooth, effortless performance is via the 94kW E Motor which can produce up to 350Nm of torque. The E Motor is housed within the transmission between the gearbox and internal combustion engine and can deliver full torque instantaneously from stationary, providing silent and rapid vehicle acceleration.

A 3.0-litre twin turbocharged V6 engine supplements the E Motor when additional torque is required or when speeds above 135km/h are requested. To warn pedestrians of the vehicle’s near silent movement, a dedicated speaker emits an exterior sound at low speeds.

A dedicated button allows control over the three E Modes – EV Drive, Hybrid Mode and Hold Mode. These will enable the driver to manually manage battery usage during a journey – though this can also be managed automatically by the car. We live in a world where facts and fiction get blurred
In times of uncertainty you need journalism you can trust. For 14 free days, you can have access to a world of in-depth analyses, investigative journalism, top opinions and a range of features. Journalism strengthens democracy. Invest in the future today. Thereafter you will be billed R75 per month. You can cancel anytime and if you cancel within 14 days you won't be billed.
Subscribe to News24
Related Links
WATCH | Bentley's outrageous record-breaking Pikes Peak Continental GT
WATCH | Everything you need to know about the updated Bentley Flying Spur
Next on Wheels24
Don't like the Jeep Gladiator? Here are three double-cab 4x4 bakkie alternatives