• Mazda has brought back a turbocharged engine to the '3' model.

• The Japanese automaker has a rich racing heritage.


The hot hatch fraternity is becoming a hotly-contested segment in South Africa.

Volkswagen's popular GTI is considered by many as the benchmark on which performance hatchbacks are measured, while the likes of Ford, Renault, Audi, Honda, and recently Hyundai with the i30N, form part of the chasing pack.

Laying down a marker

Hot hatches produced from the early noughties up until now, have evolved so much that power figures in the region of 150kW are not sufficient. These days, performance hatchbacks are throwing down big numbers either close to or exceeding the 200kW mark.

SEE | The Mazda 3 proves that beauty starts on the outside

The Germans are leading the line with a wide variety of some quick examples, and this has not only left Japanese automakers in the dust, but it has also prompted them to release their own models.

There is one Japanese manufacturer, in particular, that has seemingly "ghosted" itself in the hot hatch market - until now.

From its revolutionary Wankel rotary to being the first Japanese brand to win the 24 Hour of Le Mans in 1991, Mazda is a brand that is steeped in history.

They produced several legendary cars since the 1960s but fast forward more than more 40 years later, and the blueprint has changed, where the popularity of SUVs and making eco-friendly engines have become something of a priority.

The last time Mazda launched a full-blown hot hatch in South Africa, or any performance derivative for that matter, was in 2006 with the MPS which was also available as a sedan.

Its turbocharged 2.3-litre engine generated impressive power - 190kW and 380Nm - and was a definitive game-changer, but wasn't very popular among buyers at the time considering you hardly see any examples roaming around today. One can possibly classify it as a collector's item.

Having spent a considerable amount of driving time in the current Mazda 3 hatch in Astina trim which produces 121kW from its SkyActiv 2.0-litre naturally-aspirated engine, the need for a turbo is clear as day. 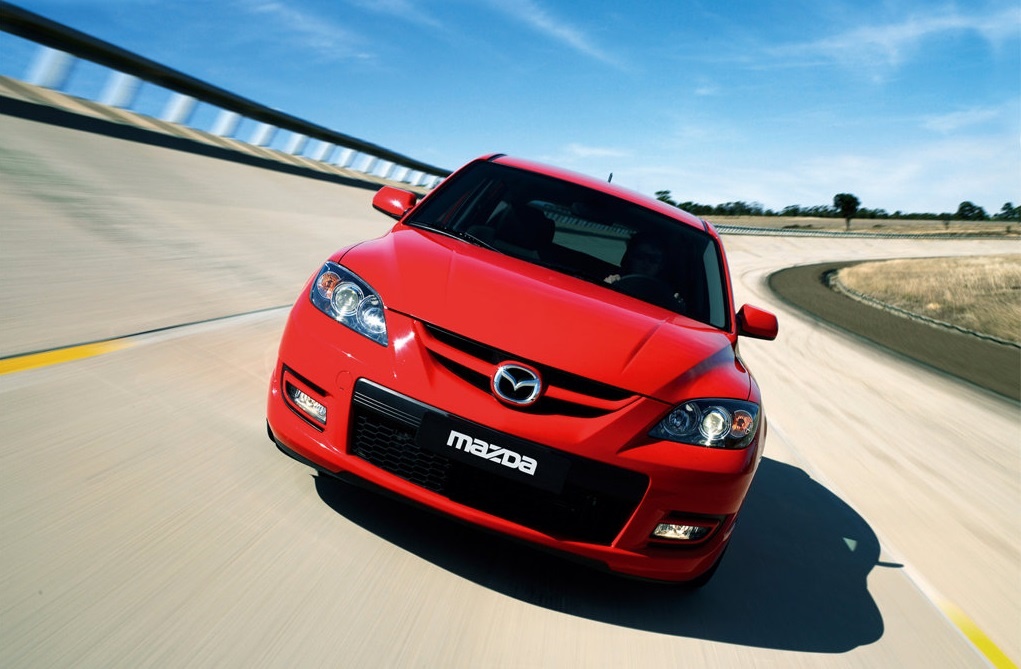 The engineers over in Hiroshima must have considered loads of feedback across the world because the '3' is now receiving some much-needed boost assistance.

The 2021 version, which is currently only available in North American markets, pushes out 186kW and 434Nm and that power is transferred onto the tarmac via an innovative i-Activ all-wheel drive system.

REVIEW | Mazda's 3 gets the basics done

A power increase from 121 to 186kW is already a massive improvement in the power stakes as it puts the '3' in some serious company. One aspect where it trumps the competition is the amount of torque it produces. Yes, the likes of the VW GTI TCR, Honda Civic Type R, and Hyundai I30N makes more power on paper, but straight line races aren't judged on numbers. Couple its power to the all-wheel drive system, where traction won't be an issue, and it will leave the line like stink.

Besides, it's now receiving a big bump in power - the '3' is already a splendid looking car, but Mazda has added a few design tweaks to make it stand out even more.

Customers can choose from a variety of different premium body colour options like Soul Red Crystal, Machine Grey Metallic, and Snowflake White Pearl Mica, as well as beefy 18-inch BBS wheels on all models across the range, according to the Mazda USA website.

It remains to be seen whether this version will make its way to South Africa because it will add to the options already on offer and include another Japanese representative to the mix.

We live in a world where facts and fiction get blurred
In times of uncertainty you need journalism you can trust. For 14 free days, you can have access to a world of in-depth analyses, investigative journalism, top opinions and a range of features. Journalism strengthens democracy. Invest in the future today. Thereafter you will be billed R75 per month. You can cancel anytime and if you cancel within 14 days you won't be billed.
Subscribe to News24
Related Links
These are the most iconic and sonorous Japanese cars in motorsport
Did you know: Mazda produced a bakkie that was powered by a rotary engine
Next on Life
REVIEW | The Toyota Starlet proves a winning recipe can always be improved