• BMW to expands its 5 Series hybrid range to five models.

• This new model has an electric range of up to 57km.

By November 2020, BMW will have expanded its 5 Series line-up with five hybrid models.

The newest plug-in hybrid, named the 545e xDrive, will be powered by the automaker's in-line six-cylinder 3.0-litre petrol engine. Coupled with a 400Vlithium-ion battery, total system output stands at 290kW and 600Nm of torque.

BMW says that the car has a pure-electric range of 54 - 57km and will return a best fuel economy of 2.1-litres/100km. Though fuel-efficient, BMW claims a 0 - 100km/h time of 4.7 seconds, making it the fastest of all BMW's six-cylinder plug-in hybrids. BMW says that it plans to adhere to a ten-year plan for sustainability set by the Paris Climate Agreement; a goal that's to be reached by 2030. In 2019, BMW said, more than 500 000 electrified vehicles were sold globally, and its 5 Series plug-in hybrid models were the most successful in the BMW Group's portfolio worldwide with almost 50 000 units sold.

BMW is showing its commitment to this plan by expanding the 5 Series range with more hybrid models.

At the time of publishing, BMW South Africa had not yet responded on the 545e xDrive's status for our market. 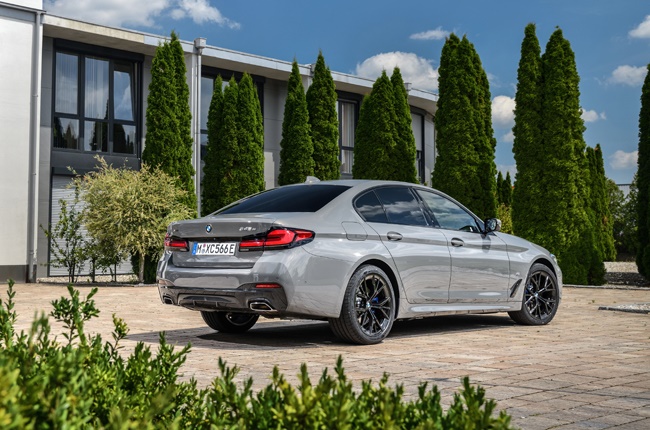 We live in a world where facts and fiction get blurred
In times of uncertainty you need journalism you can trust. For 14 free days, you can have access to a world of in-depth analyses, investigative journalism, top opinions and a range of features. Journalism strengthens democracy. Invest in the future today. Thereafter you will be billed R75 per month. You can cancel anytime and if you cancel within 14 days you won't be billed.
Subscribe to News24
Related Links
BMW X3 M Competition goes head to head with Alfa Romeo Stelvio Quadrifoglio
BMW plans to sell over 7m EV or PHEV systems by 2030
Next on Life
2022 Ford Ranger: These are the new bakkie's tech specs you need to know about