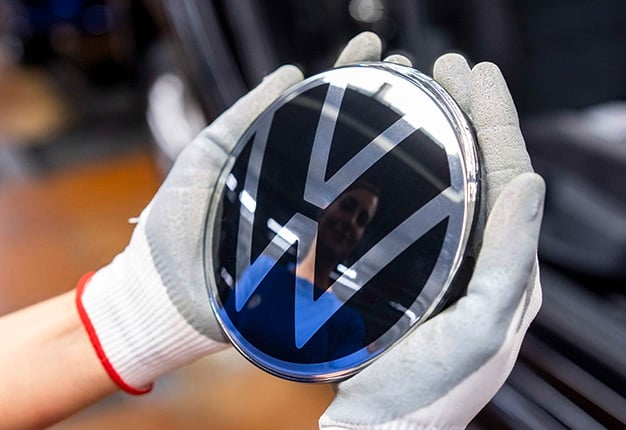 More than 35-million Golf in various versions have been produced worldwide since the first generation, 26-million of them at the Wolfsburg plant in Germany.

Volkswagen will be unveiling the new model Golf 8 during a global launch. Join us on Thursday evening, October 24, for the live reveal online. Watch this space.

The Golf 8 features more than 2 700 individual parts and components, 962 wiring systems with 1 340 meters of cable, worked on exclusively by 8 400 employees.

SPIED: This will be the new Volkswagen Golf Mk8

It then travels a total of 69-kilometeres on production lines until the finished vehicle leaves the factory.

What do you think of the new VW Golf 8 so far? Are you excited? Email us and share your expectations of the new model.

"The Golf 8 is much more complex than its predecessor. Nevertheless, we have cut average manufacturing time by about one hour. Because the Golf 8 belongs to the second-generation of MQB products, we achieved a significant reduction in production investments," says Dr. Andreas Tostmann, Volkswagen Brand Board Member for Production.

Looking back at the development of the design of the Volkswagen Golf is a fascinating and nostalgic reminder of how far we’ve come. I can’t wait for the #worldpremiere of the Golf 8 - only 2 days! #VWGolf #Golf8 pic.twitter.com/BXIZqDPQDY

"Our platform strategy is delivering. The team in Wolfsburg have given their all for the Golf 8. Production processes have become more efficient overall. That is a great achievement and I would like to say a big thank you to all employees.”

The Golf 8 is based on the Modular Transverse Toolkit (MQB), just like its predecessor, with new equipment being installed for the side panels and being 40% more productive that the equipment used for the Golf 7. Earlier in 2019 Wheels24 reported that the new Golf 8 is built on a revised version of the MQB platform, the new Golf will be powered by a combination of familiar, and new engines.

The 1.0 TSI and 1.5 TSI should form the bulk of its sales, though from what we understand, the 2.0 TDI will still be around. VW put a lot of work into developing a mild-hybrid assistance system to lower emissions further.

Rumours talked about a new base TDI, a 1.5-litre unit built using the TSI's architecture. The displacement has not been confirmed but falls in line with changes made by both Peugeot and Ford.

It will also be one of the first VW models to feature the brand's new logo.

Installing all data, is fully-automated and carried out via a fast WLAN network while the car is still on the production line. As a result, production times remain the same even though there is a higher volume of data.

We live in a world where facts and fiction get blurred
In times of uncertainty you need journalism you can trust. For only R75 per month, you have access to a world of in-depth analyses, investigative journalism, top opinions and a range of features. Journalism strengthens democracy. Invest in the future today.
Subscribe to News24
Related Links
For the love of Vrrphaaa: 'I drive the most beautiful Golf GTi in George' - Reader
DRIVEN: Volkswagen Golf R - A fitting swansong to hot Hatch royalty
Next on Wheels24
Now in SA! Porsche's electric offensive even hotter with new Taycan Cross Turismo