• The Gordon Murray Automotive T50 is the world's lightest supercar.

South African born car designer Gordon Murray unveiled, what he labels as, "the most driver-centric supercar ever built". Murray says the new T50 is improves upon the McLaren F1, a car he designed 28 years ago and one that's still hailed as one of the greatest ever analogue supercars.

It also features features the most advanced and effective aerodynamics ever seen on a road car – aided by a 400mm rear-mounted fan. Under the Gordon Murray Automotive brand, the T50 is the 50th race and road car he's penned over his illustrious 50-year career – both reasons combining to name the car T50.

The T50 is not only for the track, it has a three-seater layout with a middle driver's seat for day-to-day usability, it's called GT mode says the company. Production starts in the United Kingdom from January 2022.

Murray said: "Just 100 customers will share my vision, a car created to improve on the F1 formula in every conceivable way.

"With 30 years of technological and systems advancement, now, the time is right to design the greatest analogue driver’s car. I believe no other company could deliver what we will bring to market in 2022, producing this British supercar will be my proudest moment." 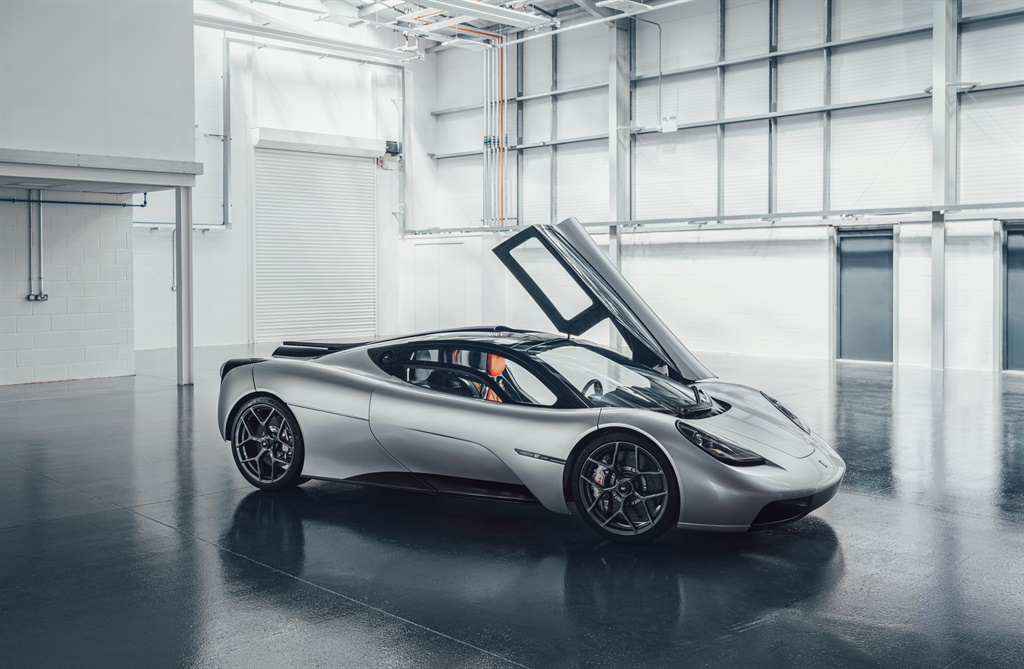 The T50 is almost even more analogue than the F1, it transfers the power to the rear wheels via a six-speed manual transmission. It utilises an H-pattern gear-change motion. It was signed-off personally by Murray, and provides 'the ultimate gear-change' – a tactile short throw with a narrow cross gate for smooth, crisp, satisfying gear changes.

A carbon fibre monocoque sits at the heart of the T50. the chassis and body of the T50 are entirely constructed from high-grade carbon fibre. This material is incredibly stiff and offers supreme torsional rigidity but also extremely light. The T50 is tiny, in fact it's as small as Porsche Boxster.

The exterior body panels are also constructed from carbon fibre – including the front clam, the sculpted doors and the car’s rear panels. The total  body weight including the carbon monocoque and all body panels weighs less than 150kg. Remarkable.

Murray: "With the design of our T50 supercar, we are taking the same focused approach that was applied to the design of the McLaren F1. Thanks to modern materials and 30 years of development, we have been able to deliver a far better all-round car in the T50, while setting its weight at just 986kg, a full 150kg lighter than the F1." The aerodynamics of the T50 incorporate ground-effects courtesy of rear-mounted 400mm fan that rapidly accelerates air passing under the car, forcing it through active boundary-layer control ducts that form part of the rear diffuser.

GMA says downforce can be increased by 50% by through the application of two automatic and four driver-selected aero modes. This also reduces drag by 12.5% and adds 36kW to the car's output in combination with ram-air induction.

The T50's suspension is forged aluminium alloy double-wishbone rising rate for the front and rear. It rides on Michelin Pilot Sport 4 S tyres, section 235/35 R19 at the front and section 295/30 R20 at the rear.

The rubber was chosen by Murray to avoid costly replacement of bespoke rubber and specified for superior all-round performance, the Michelin tyres are another weight-saving move as they can be far smaller and narrower than a typical supercar tyre says GMA.

Inside there's space for three people, a 10-speaker audio system that has access to Android Auto and Apple CarPlay. Murray's done it. Created the most analogue supercar that can be used everyday. We live in a world where facts and fiction get blurred
In times of uncertainty you need journalism you can trust. For 14 free days, you can have access to a world of in-depth analyses, investigative journalism, top opinions and a range of features. Journalism strengthens democracy. Invest in the future today. Thereafter you will be billed R75 per month. You can cancel anytime and if you cancel within 14 days you won't be billed.
Subscribe to News24
Related Links
SA-born Gordon Murray launches the new T.50 supercar - the world's lightest supercar
Next on Life
REVIEW | The Toyota Starlet proves a winning recipe can always be improved