• Murray designed the McLaren F1 which was the fastest production car for several years.

• Murray's latest creation is a track-only hypercar called the T50S Niki Lauda. Only 25 will be built.

There have been a host of exciting new cars unveiled in the past six months. Immediately the Toyota GR Yaris and BMW M3 / M4 come to mind.

Arguably the most exciting piece of automotive machinery I've come across is Gordon Murray's T50. A supercar unlike any other built in the last 20 years. 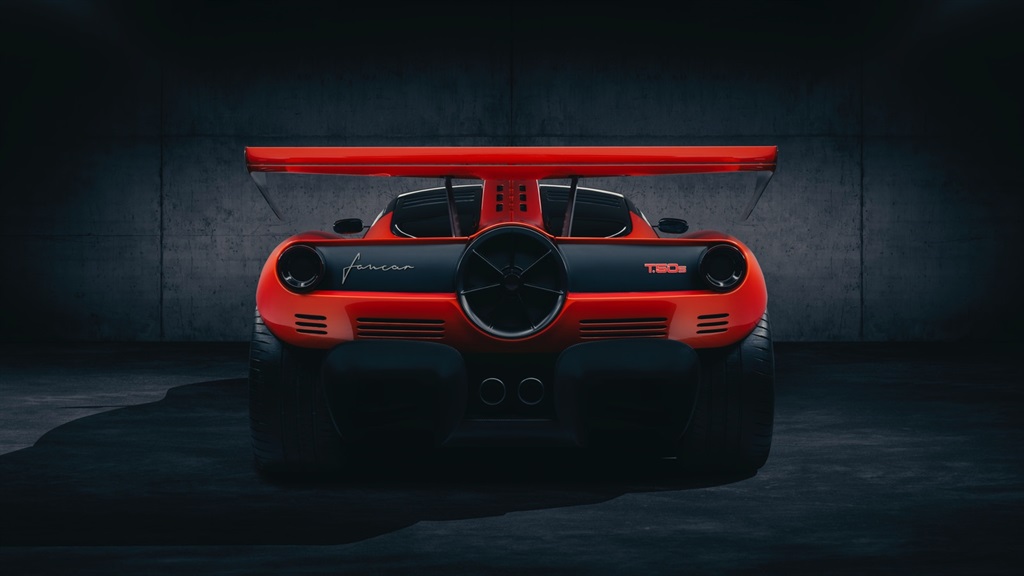 It's a driver-focused machine with nerd-levels of weight saving, naturally-aspirated V12 engine and a central driving position.

Now, several months later Gordon Murray Automotive has shown off a track-only car that subcribes to the same prinicples as the T50. It's called the T50S Niki Lauda and it's everything a T50 is dialed up to 11.

Murray is bullish about his latest creation and speaks about it offering the most pure driving experience a track car can give. "I don't think we're ever going to get beaten, for a track car experience,"says Gordon Murray when describing the new T50S Niki Lauda.

"(The) T50s is going to deliver something I don’t think anyone else will get close too," the South African-born designer concludes.

Maintaining the principles from the Murray-designed McLaren F1 and T50, the track-car version sports a central driving position, a naturally aspirated 12 000 revving V12 engine with 540kW and 485Nm and a weight 852 kilograms.

The 74-year-old is quick to point out that the T50S was built alongside the road car and isn’t an afterthought. The process started 18 months ago and is distinctly different from the T50. Apart from looking outrageously different to the road car with a more aggressive diffuser, wing and other aerodynamic bits on the front, the T50S also has a new monocoque tub, a new gearbox, and the Cosworth-built V12 engine is different from the other model.

And yet despite being one of the purest driving machines with an outrageous 1500kg of downforce, Gordon Murray Automotive (GMA) don’t have a target lap time for it.

"I just don't care about lap times or ultimate downforce. The car's just got to be quick but fun, and easy to use. Some of these track cars you're not even allowed to keep – the factory keep them and need technicians to turn them on," he said in GMA's promotional video.

Ironically, because the T50S has so much downforce, it translates into the car being able to reach a dizzying top speed. But even so, Murray maintains the car is designed to provide a driving experience unlike any other on track. Murray reckons one only needs to switch on the ignition, warm the oil and enjoy the car on track. It's that simple philosophy that can be construed as metaphorical middle finger to multinational carmakers who sell track-only hypercars and don't allow customers to keep it.

Instead it's only brought out when the client attends a track day and needs the car.

The amount of detail that is produced by GMA is remarkable. For example the LED headlights take design inspiration from another of Murray's cars: the McLaren F1.

The driver sits on a full racing carbon fibre seat, with a single passenger seat to their left. Even the exterior mirrors have a part to play in creating smoother airflow. Normal mirrors have a large pocket of low pressure on the glass. GMA adopted a shrouded design for the main body and avoided the mirrors creating low pressure which reduced the pressure drag to almost zero.

"The fan and diffusers have been optimised for high downforce only and this produces a large percentage of the overall downforce. A delta rear wing and a large front splitter incorporating a front aerofoil and front drive planes complete the aero components.

"All this combines to generate an outstanding 1500kg of downforce", he concludes.

The T50s then is a celebration of the 'unfair advantage' that Murray and three-time Formula 1 world champion Niki Lauda were able to extrapolate.

Murray's most famous 'unfair advantage' example is the Brabham 'fan car' that Niki Lauda won in 1978.

The two became good friends after being teammates and the T50s was unveiled on Lauda's birthday. It's a celebration of the late driver's victory at the 1978 Swedish Grand Prix with the Brabham BT46B fan car.

We live in a world where facts and fiction get blurred
In times of uncertainty you need journalism you can trust. For 14 free days, you can have access to a world of in-depth analyses, investigative journalism, top opinions and a range of features. Journalism strengthens democracy. Invest in the future today. Thereafter you will be billed R75 per month. You can cancel anytime and if you cancel within 14 days you won't be billed.
Subscribe to News24
Related Links
Gordon Murray's T50s is an extreme track-only supercar
SEE | Here are the five lightest hypercars in the world
'It will have the best gear change of any supercar' - Gordon Murray on the T50
Next on Wheels24
Don't like the Jeep Gladiator? Here are three double-cab 4x4 bakkie alternatives