Honda killed off its Civic sedan in Japan, again. What does it mean for SA?

• Honda has again discontinued the Civic sedan in Japan.

• The fact that the sedan was not meeting sales targets had become a global issue.

The Honda Civic is one of the most well known brands in the automotive world. A few decades ago, it saved Honda from the brink of extinction and gave the automotive company a new lease on life. But what many of us probably don't know is that the Civic name disappeared from the Japanese market for some time.

That's right. In Japan, Honda's homeland, the Civic was not on sale for a few years, until about a decade ago when the then-new Civic was reintroduced. Honda gave the car the proverbial second chance, and the latest generation, launched locally in August 2016, continued to form part of Honda's Japanese arsenal.

Available in both sedan and hatchback guises, the car was a reliable seller. But the Civic is not immune to the rapid uprising of crossovers and SUVs. Last year, in Japan, Honda sold a mere 1 619 Civic sedans. And for Honda, that is not nearly enough to sustain its continuation in the product portfolio. Now Honda has opted to cut the Civic sedan from its line-up. Again.

Is there a way for Honda to save its Civic range, both locally and abroad? Email us. 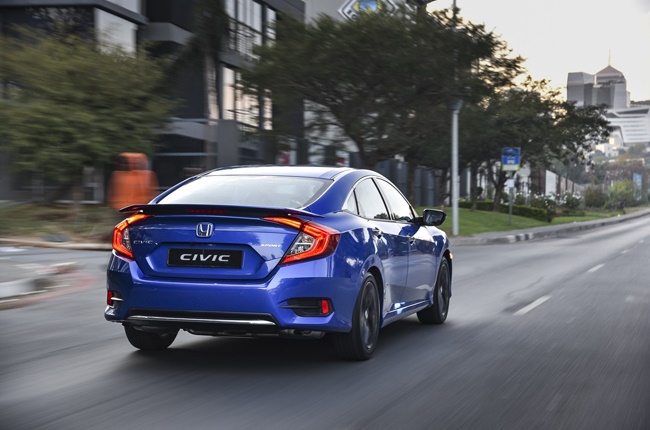 Honda's CR-V is one of the world strongest-selling SUVs. And while it may carry a small premium locally, abroad it is considerably more affordable, even in Japan. Add to it the practical benefits, and the CR-V looks like a far greater proposition than the sedan. Even the HR-V, an SUV slotting in below the CR-V, is a better choice.

That leaves the Civic sedan in no man's land, because if it fails to make money, why should Honda continue with it? The shining light for the car, however, is that it is still selling relatively strongly in markets such as North America and Europe, but even there sales figures are not comparing all too well against that of SUVs.

Because Honda is not the strong powerhouse it once was, it needed to reevaluate its market stance, especially in Japan. That means a greater focus on SUVs, crossovers, and MPV, as well as placing more emphasis on electric and hybrid technology. Don't be too shocked if Honda South Africa announces that it will also discontinue the Civic sedan locally. In SA, the car sells in low numbers, and it pales in comparison to that of the CR-V and BR-V. From a business perspective, the Civic is hanging on by a tether and can one only assume that the lifeline could be cut sometime in the future.

While Japan will continue with the Civic hatchback, the only hatch we have is the Civic Type R. It sells for R741 900, making it almost R200 000 more expensive than the Civic sedan 1.5T Executive (R548 900). Though the local Civic range is priced from R394 200, it still places the car in a higher price bracket than the new Toyota Corolla sedan - which sold 27 units in May versus three by the Civic (even in a Covid-19-free world the Civic would have fared worse than the Corolla).

Honda Japan made the right move by discontinuing the Civic sedan, and Honda South Africa could do the same. 2020 Honda Civic sedan. (QuickPic)
We live in a world where facts and fiction get blurred
In times of uncertainty you need journalism you can trust. For only R75 per month, you have access to a world of in-depth analyses, investigative journalism, top opinions and a range of features. Journalism strengthens democracy. Invest in the future today.
Subscribe to News24
Related Links
Honda teases fresher Civic Type R at Tokyo Auto Salon 2020
Honda upgrades flagship Civic range in SA
Next on Wheels24
Volvo and Google team up for new infotainment system in upcoming XC60