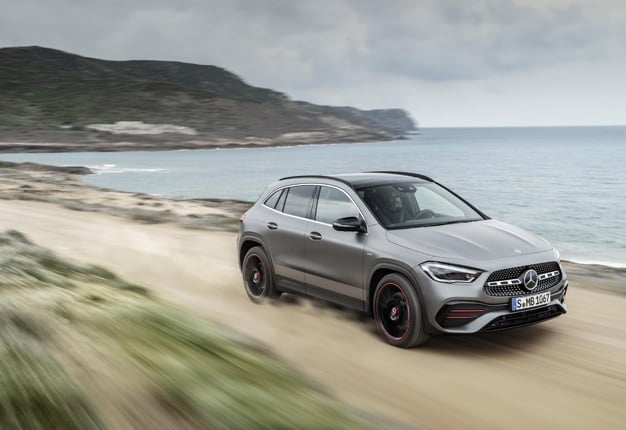 Mercedes-Benz announced that its new GLA compact SUV will go on sale in Europe imminently.

Wheels24 reached out to the automaker’s local arm to find out when the new compact SUV will make its local arrival.

Mercedes-Benz SA confirmed that the new GLA will arrive in the second quarter of 2020. And while the European market will have a range comprising of five models in a variety of trim levels - seven, to be exact - South Africa will only receive two of the five models.

The GLA 200 is powered by Merc’s turbocharged 1.3-litre petrol engine that produces 120kW and 250Nm. This engine is mated to a seven-speed dual-clutch transmission that sends power to the front wheels.

The second model to arrive, the GLA 200d, is available in either front-wheel-drive or all-wheel-drive, but the local market will receive the former. This 2.0-litre diesel engine is good for 110kW and 320Nm, and is mated to an eight-speed automatic gearbox.

In Europe, the new Mercedes-Benz GLA has a base asking price of £32 640 (est equivalent of R693 909). However, Merc SA managed to bring the models to market below the converted price.

It remains to be seen which trim levels will accompany the models when they are launched, but Merc SA confirmed that the new GLA will come standard with MBUX with extended functionality, mirror package, automatic transmission, and 17-inch wheels. 2020 Mercedes-Benz GLA. Image: NewsPress
We live in a world where facts and fiction get blurred
In times of uncertainty you need journalism you can trust. For only R75 per month, you have access to a world of in-depth analyses, investigative journalism, top opinions and a range of features. Journalism strengthens democracy. Invest in the future today.
Subscribe to News24
Related Links
Merc's forthcoming GLA 45 is AMG’s 270km/h compact crossover!
FIRST DRIVE | The new Mercedes-Benz GLB will find favour in SA as a compact SUV with 7-seater...
Next on Wheels24
Why engine output never matters - in a Ranger Raptor SE bakkie, and everything else you should know