Ford is celebrating its win at the 1966 Daytona 24 Hour race with a Heritage Edition GT model. The blue oval company also announced a limited run of 40 units of a Studio Collection model that offers design enhancements to the GT.

"For this Heritage Edition, the Ford Performance team went deeper into the Ford GT’s race history and crafted a limited edition model that stylistically honors the 55th anniversary of the Daytona 24 Hour endurance race that would eventually lead to our successes at Le Mans,"said Mike Severson, Ford GT program manager.

The GT Studio Collection offers customers a new way to personalise their supercars. The announcement of two new variants of the Ford GT were the highlights at the conclusion of 2020 Petersen Car Week, which started airing Wednesday on the museum’s YouTube channel. The GT Heritage Edition is a tribute to the winner of the 1966 Daytona 24 Hour race, the first 24-hour endurance win for the company.

"Miles and Ruby led nearly every lap of the 24-hour race and outpaced the competition by 48km/h,"said Severson. “The win was the first time anyone had threatened Ferrari’s dominance in sports car racing and represented a turning point in the Ford GT race program." There are gorgeous asymmetrical Race Red accents on the front fascia and roof edge, driver’s side door and underneath the rear wing add distinct visuals. To showcase the GT's lightweight body there are exposed carbon fiber shapes the signature 98 roundel graphics. 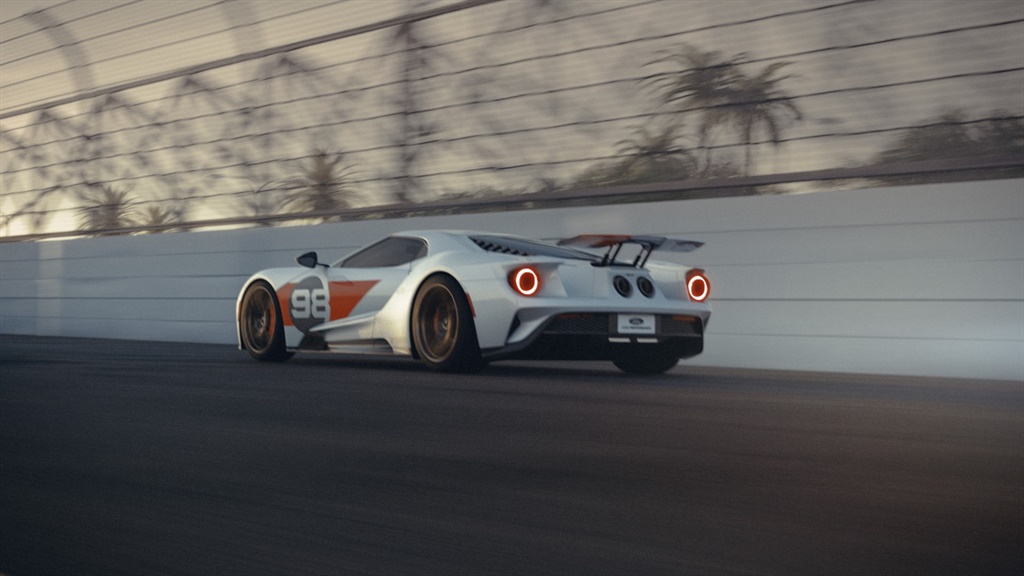 For those who are keen on a rare GT look no further than the GT Studio Collection. This model has an all-new graphics package with customisable colours highlights key styling elements, including the functional cooling ducts.

"The combination of the stripes and accents invokes the emotion of speed and draws your eye to some of the most prominent features of the GT, tThe fuselage, buttresses and signature features on the headlights provide visual anchors for the graphics, guiding your eye across the vehicle," says Garen Nicoghosian, Multimatic design head, who has worked on the Ford GT program since its genesis.

Ford says only 40 cars will receive the Studio Collection package and they will span across the 2021 and 2022 model years.

There are seven standard colours that can be personalised with an extended palette offering endless hue combinations for even more exclusivity. We live in a world where facts and fiction get blurred
In times of uncertainty you need journalism you can trust. For 14 free days, you can have access to a world of in-depth analyses, investigative journalism, top opinions and a range of features. Journalism strengthens democracy. Invest in the future today. Thereafter you will be billed R75 per month. You can cancel anytime and if you cancel within 14 days you won't be billed.
Subscribe to News24
Related Links
What a bakkie! Ford GT power for new Ranger FIA-spec cross-country vehicle
Next on Life
WATCH | Thundering across loose gravel: Porsche's new Dakar is the wildest 911 yet