Officially in SA! All you need to know about Toyota's new Corolla

Since 1966, the Toyota Corolla has been a mainstay model in the Japanese automaker's line-up.

Five decades and eleven generations later, Toyota has officially launched the twelve generation of its Corolla sedan in South Africa.

According to Ueda-san, Corolla Chief Engineer: "One of the big merits of the new platform is that it allows designers more freedom to create a dynamic exterior. We've also ensured better all-around visibility for the driver by implementing thinner A-pillars and a lowered dashboard and bonnet."

The new Corolla is 20mm lower, with the bonnet edge sitting 35mm lower, and the front overhang registering 25mm shorter. The front and rear tread have been increased by 11 and 22mm, respectively. Two engines options are employed in the new Corolla. The 1.8-litre is carried over from the previous-generation, delivering 103kW and 171Nm. This unit is mated to a ‘seven-speed’ Shiftmatic CVT transmission with seven pre-programmed steps.

Next up is the new 2.0-litre engine (as first seen on RAV4) which ups the ante to 125kW and 200Nm - with a strong focus on fuel efficiency. The engine is mated to either a six-speed manual or ‘10-speed’ Shiftmatic CVT.

Two grade options are offered, XS and XR. The XR model serves as the flagship and is available exclusively with the new 2.0-litre engine. The 1.8 XS serves as the entry point to the range. 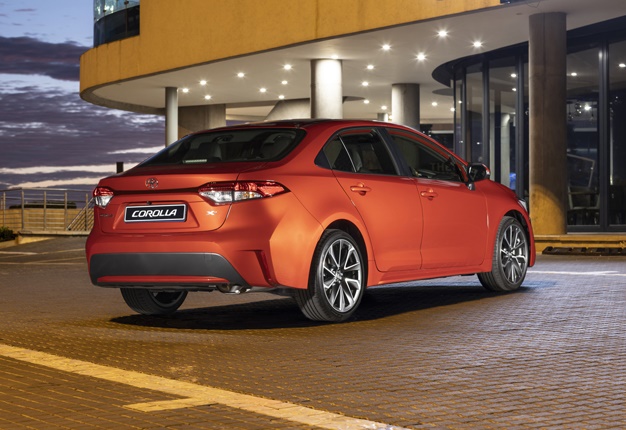 All Corolla models include a six-services/90 000km service plan with service intervals pegged at 15 000km or every 12-months, whichever comes first. A three-year/100 000km warranty is also included. We live in a world where facts and fiction get blurred
In times of uncertainty you need journalism you can trust. For only R75 per month, you have access to a world of in-depth analyses, investigative journalism, top opinions and a range of features. Journalism strengthens democracy. Invest in the future today.
Subscribe to News24
Related Links
A South African favourite returns! Toyota reveals pricing for new Corolla sedan
Review: Toyota Corolla Hatch XR - A hit without a shadow of a doubt
Next on Wheels24
Land Rover unveils Discovery special edition and it's coming to South Africa early in 2022