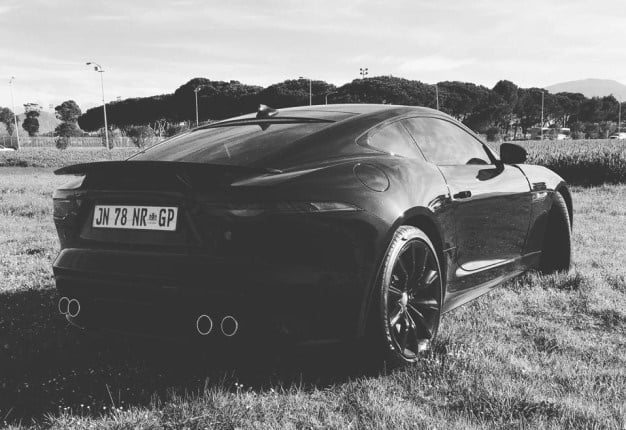 • The 2021 model year derivative benefits from changes to the interior and exterior.

It's hard to believe the Jaguar F-Type has been around for seven years. But up until a few weeks ago, I had never driven a V8-powered F-Type.

That was all about to change when the refreshed F-Type in flagship form was delivered to the Wheels24 test garage. It's worth mentioning that Jag still has another ace up its sleeve in the form of the SVR model, that will sit above the R.

Nevertheless, with over 400kW and a top speed of 300km/h the R had put its paws firmly on the table. But let's first see what toys the latest British muscle car possesses.

What does this model have?

What do you think of the Jaguar F-Type? Please email us your thoughts here.

The styling of a car might be subjective but very few people would not be impressed by the latest model. It's at the front where most of the exterior changes were made with a wider, flatter grille and newly-shaped LED headlights. The rear, well that didn't need to be tweaked did it, it's still absolutely stunning with four chrome tailpipes punctuating the lower rear area.

It has taken me a while to have my first experience in a V8-powered F-Type. Was it worth the wait? Definitely. pic.twitter.com/uhW4nYjuMP

What is it powered by?

When describing the driving experience in the F-Type R all that comes to mind is the noise of its snarling V8. It's a cacophony of noise that begins with the supercharger's whine and then punctuated by the deep roar of the V8. It's arguably one of the best sounding cars on sale.

If the arresting looks don't catch people's attention then the sound will. To be frank, I don't know how it's legal.

The braaaaap that's emitted every time the throttle is mashed is intoxicating and had me grinning from ear to ear. Each time in the driver's seat felt like an occasion. On the overrun it releases a flurry of crackles and bangs that made me fall in love with it even more.

The steering wheel is thin like a marathon runner's waist and is the instrument via tangible feedback from the electronic power steering system can be detected. Yes, parts of it feel overly assisted but for the majority of the time it even feels good to steer around town.

But it's when you really push the car through some twisty bits that I was thankful for the angry kitty with four-paw power. It sticks to asphalt with confidence and coupled with the swiftness of the gearbox in manual mode, makes for an involving experience.

The power from the V8 dominates the experience like Donald Trump in a presidential debate, except this time you don't want it to stop.

The F-Type R is like an underworld boss. It simply doesn't care about authority or maintaining law and order. It bosses into the market in updated form with arresting good looks, and a V8 supercharged engine that feels like it should thrust a drag car down a strip instead of being allowed on public roads.

We live in a world where facts and fiction get blurred
In times of uncertainty you need journalism you can trust. For 14 free days, you can have access to a world of in-depth analyses, investigative journalism, top opinions and a range of features. Journalism strengthens democracy. Invest in the future today. Thereafter you will be billed R75 per month. You can cancel anytime and if you cancel within 14 days you won't be billed.
Subscribe to News24
Related Links
Updated Jaguar F-Type now available: we have specs and pricing
WATCH | 'I knew it was mine' - An incredible story on acquiring a 1955 D-Type Replica
Next on Life
REVIEW | The Toyota Starlet proves a winning recipe can always be improved