• The BRV is able to accommodate seven passengers

Two months into the long term test with the Honda BRV, and the Uber drive jokes have stopped. Thank goodness, because the BRV is more than a popular car for Uber XL drivers.

The chrome grille and chrome spotlight surrounds add some glitz to the front. The front end offers decent looks when all the elements are taking into consideration.

Inside you'll find a 17cm touchscreen display with Bluetooth smartphone connectivity and integrated rear view camera. The rear park distance control sensors come in handy in unison with the camera to make sure one does not cause damage. It has been lekker to ring the neck of the naturally aspirated engine and the manual 'box is satisfying to use. I've become accustomed to driving test cars fitted with an automatic gearbox and the change to changing my own gears is rewarding. Thankfully I haven't had to deal with any traffic.

The BRV's fuel consumption has averaged around 6.9-litres per 100km, Honda has a claimed figure of 6.3-litres per 100km. Sixth gear is obviously best for cruising and the cabin offers decent NVH levels when on the highway.

The electrically-powered windows and leather seats are some of basic niceties offered in the Elegance model. There's a large cubbyhole and a myriad of storage binnacles.

The ride is comfortable, soaking up bumps and ruts in the road. It rides on 16-inch wheels with 195/60 section tyres front and rear.

The BRV's practicality and massive boot came in handy when I chucked two benches in the back. I folded down the third row of seats which creates 691 litres of boot space and made packing the items into the boot a breeze.

Catch up with me for the next instalment.

The entire BRV range come standard with a five-year or 200 000km warranty. Our Elegance model also features a new four-year or 60 000km extended service plan for peace of mind. 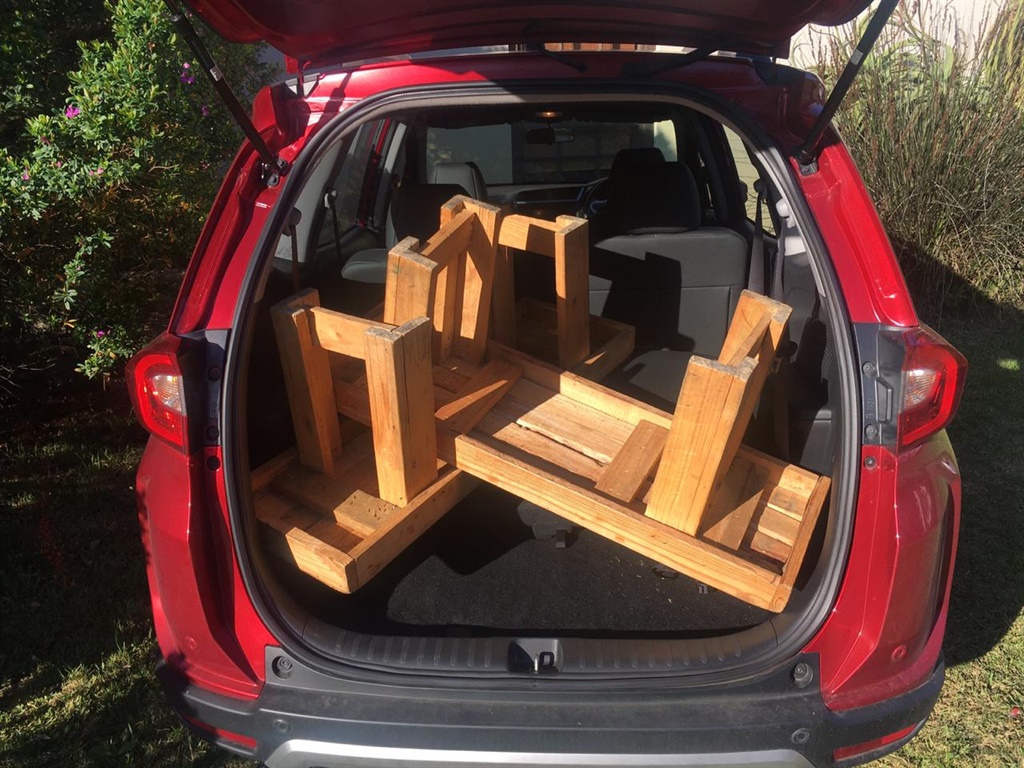 We live in a world where facts and fiction get blurred
In times of uncertainty you need journalism you can trust. For 14 free days, you can have access to a world of in-depth analyses, investigative journalism, top opinions and a range of features. Journalism strengthens democracy. Invest in the future today. Thereafter you will be billed R75 per month. You can cancel anytime and if you cancel within 14 days you won't be billed.
Subscribe to News24
Related Links
Review | Introducing the updated Honda BR-V seven-seater
Next on Life
VW upgrades its only sedan - what to know about the stylish new Polo model