Cape Town - What is it that makes you feel your age? Your kids knowing stuff you don’t? The day you’ve paid off a car? Sure. But nothing on earth has ever made me feel my age like the new Renault Clio GT-Line.

This car is a good exemplar of a new breed of warm, semi-sporty mid-range models. Audi did it with its  S models, which come in below the full-fat RS cars. Mercedes have done it with a range of AMG43s, which don’t quite get the full insanity of the 63s. And, here in hot hatch land, people who can’t quite stretch to a Polo GTi can always pop for a TSi R-Line, which is sprightly and swift but not a GTi.

So, not a Clio RS, then, and that’s good for your wallet at least.

Why buy a Clio GT?

The 1.2-turbopetrol motor will zip the little Clio to 100km/h in nine seconds, which isn’t slow but neither is it terribly quick. Eighty-eight kilowatts isn’t going to rip the blacktop to shreds but 205Nm aligned with a fun manual ‘box does combine to create, I think, just enough to make the GT interesting at the lights. 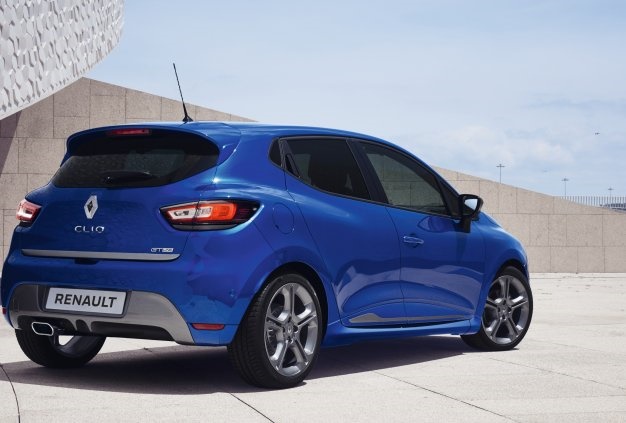 I can categorically tell you, however, that this doesn’t really matter a great deal in the real world, because as a useful urban tool the little GT is wonderfully ferrety little thing, snouting its way round corners with zest. The steering is really great. It’s fast and there’s plenty of feedback. The six-speed manual is fun and easy to use, inviting the driver to blip the throttle and drop the clutch straight into the meat of the torque band. It’s a really fun little car to drive, and on the Cape Town switchback known as De Waal Drive the quality of the engineering in the chassis is there to feel.

This thing handles. There’s a goodly amount of front-end grip and understeer only really arrives at the point where you’ve crossed that fine line between quick and incompetent. This car has the poise and the grip to make any commute a highly entertaining business. I think, on reflection, that the Clio GT is a car that’s fun to drive at what feels fast. Speed is about context, after all. Hurtling along at 1000km/h in a passenger jet isn’t usually a hairy experience, whereas riding a bicycle downhill at 50km/h is windy and fun. The Clio GT isn’t a quick car, the numbers tell us. But the smiles tell us a different story. It feels fast and fun, and it scythes through traffic like a champion. Inside it’s a little four-door hatchback, so space is limited but by no means bad for its class. Up front the plastics and the switchgear isn’t quite of the standard you get in a Volkswagen product but then it is R30k cheaper than the afore-mentioned R-Line and also comes loaded with kit, such as cruise control, keyless entry/start, rain sensors, automatic lights and hill start assist. That’s a lot of adulting from a kid with its baseball cap on backwards. And age? Well, this thing must have the least comfortable seats in the history of the world. I would literally have been happier sitting on Burj Khalifa. They’re sporty, see, and cling onto you as you barrel though corners. I am a big guy, it is true, just short of 2m tall, but even my wife, whose hips are more millennial than middle-aged, was amazed at the lack of comfort.

And that’s odd. The rest of the car is so beautifully balanced, a sweet spot of being easy to drive and light on fuel and yet fast enough, of having good handling and yet a reasonable ride. But that’s just me. If you’ve got R265 000 burning a hole in your pocket this is absolutely worth test-driving. It’s a fine balance, and perhaps you won’t mind the seats, in which case the Clio GT-Line is a very attractive offering.

We live in a world where facts and fiction get blurred
In times of uncertainty you need journalism you can trust. For only R75 per month, you have access to a world of in-depth analyses, investigative journalism, top opinions and a range of features. Journalism strengthens democracy. Invest in the future today.
Subscribe to News24
Related Links
Renault launches updated Clio, GT-line in SA
Next on Wheels24
WATCH | Get up close and personal with Nissan's 400Z twin-turbo 294kW V6 engine