• Mitsubishi is synonymous with rallying, boasting 12 wins in the Dakar Rally.

• Mitsubishi says the MPV-based rally car is following in the tracks of Pajero, most successful Dakar model yet.

• The new Xpander AP4 is set to take part in its first rally event before end of 2020.

In early 2021, Mitsubishi South Africa will introduce a seven-seat MPV called the Xpander to the local market. Over in Indonesia, the country's distributor for light commercial and passenger Mitsubishi vehicles launched the Xpander Rally Team (XRT) in July 2019.

The result is the Xpander AP4, a rally car based on the MPV.  It underwent its first trial at the Tembong Jaya circuit, Serang, Banten in July 2020. 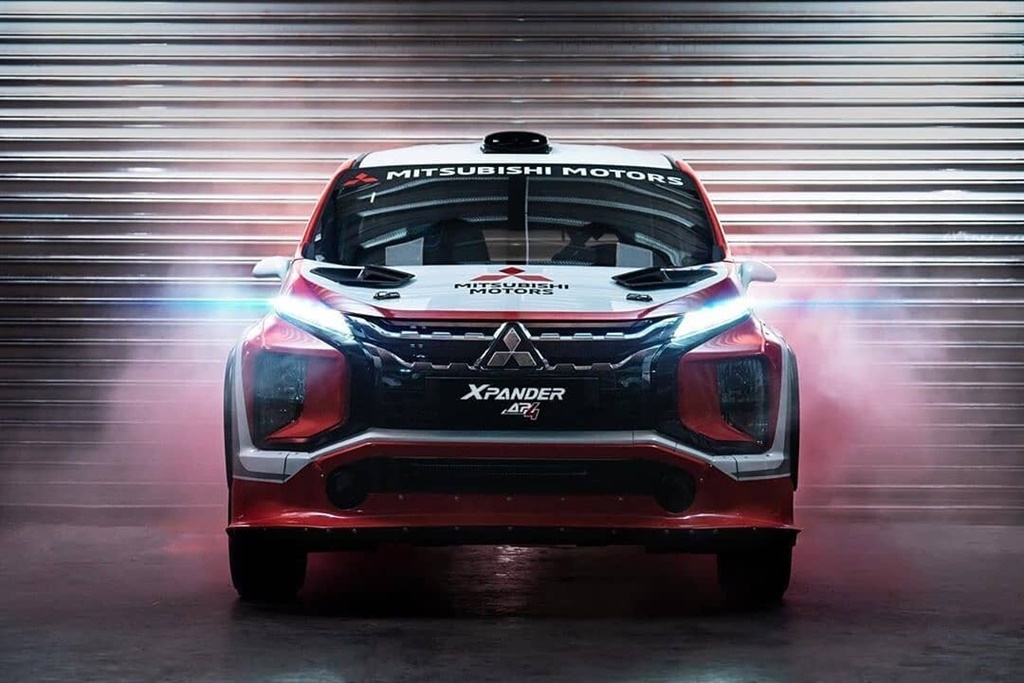 The company has a strong rally link and won the Dakar Rally no less than 12 times between 1985 and 2007 with its Pajero. The Xpander AP4 then went through rigorous research and development at Ralliart New Zealand as a rally car. After the mandatory homologation process, the Xpander AP4, based on Mitsubishi’s new crossover that is expected in South Africa early in 2021, has finally arrived in Indonesia.

The Xpander AP4 rally version underwent trials on gravel for the first time in Indonesia. XRT racer and Mitsubishi Motors Indonesia Brand Ambassador, Rifat Sungkar, said: "I was satisfied with our first trial of our Mitsubishi Xpander AP4 at the Tembong Jaya Circuit, Serang, recently. During 100km of testing we received authentic data about every aspect of the vehicle’s performance, in the car – from the engine and transmission to the suspension and chassis." The Xpander AP4 will be tested on an asphalt surface in the near future, after which the vehicle will be prepped to participate in an Indonesian sprint rally championship event towards the end of the year.

"As far as South Africa goes, one of the most anticipated newcomers in the Mitsubishi stable is that the Xpander compact MPV will be making its local debut early in 2021. This vehicle, which will only be available in 4x2, will be powered by a 1.5-litre petrol engine coupled to manual or automatic transmission and is expected to be the quietest in its class," says Campbell. Image: Quickpic
We live in a world where facts and fiction get blurred
In times of uncertainty you need journalism you can trust. For 14 free days, you can have access to a world of in-depth analyses, investigative journalism, top opinions and a range of features. Journalism strengthens democracy. Invest in the future today. Thereafter you will be billed R75 per month. You can cancel anytime and if you cancel within 14 days you won't be billed.
Subscribe to News24
Related Links
Quality vehicles keep loyal customers returning - Mitsubishi SA
Mitsubishi SA teams up with 'the 4x4 guy'
Next on Life
2022 Ford Ranger: These are the new bakkie's tech specs you need to know about