Audi South Africa is readying for a busy 2020.

To kick off the year, the first three months will be quite a busy one for the German automaker.

In all, the brand will launch more than 15(!!) vehicles in South Africa over the next 12 months.

These range from SUVs, sports cars, sedans, and station wagons.

All four terms of the year are fully booked with launches, but Q1 will be a teaser of what we can expect.

Vehicles from Audi to be launched over 2020 include the R8 Spyder FL and Coupe, SQ8, as well as the e-Tron - Audi’s electric SUV.

Here are the vehicles Audi will be launching in Q1.

Which new Audi models or you most looking forward to in 2020? Email us.

The A6 is Audi’s answer to the BMW 5 Series and Mercedes-Benz E-Class. Powering the 2020 version of the car is at least two engines in the line-up. Both units include mild-hybrid technology.

According to Audi, the hybrid technology on the engines can recover up to 12kW of energy during deceleration. When traveling between 55km/h and 160km/h, the A6 can coast (running mainly on electric power) in a bid to improve fuel economy. The automaker says that the latter can be improved by up to 0.7-litres/100km.

Audi’s S models are no strangers to South Africans. Before Q1 disappears off the calendar, Audi will add two more S models to its arsenal. Namely the S6 and S7. It is also expected that Audi will, for the first time in its executive class, launch diesel-powered models to accompany the petrol-powered S6 and S7.

These diesel models will churn out an impressive 700Nm that’s available between 2500 - 3100rpm. The turbocharged 3.0-litre V6 diesel engine will implement a 48-volt electrical system that sees total system output at 260kW. An eight-speed automatic gearbox sends power to all four corners.

The petrol-powered S6 and S7 should see Audi utilise its turbocharged 3.0-litre V6 engine. This engine produces an impressive 260kW and 500Nm; the latter available between a wide engine range of 1370 - 4500rpm. Expect a 0-100km/h run of around five seconds. 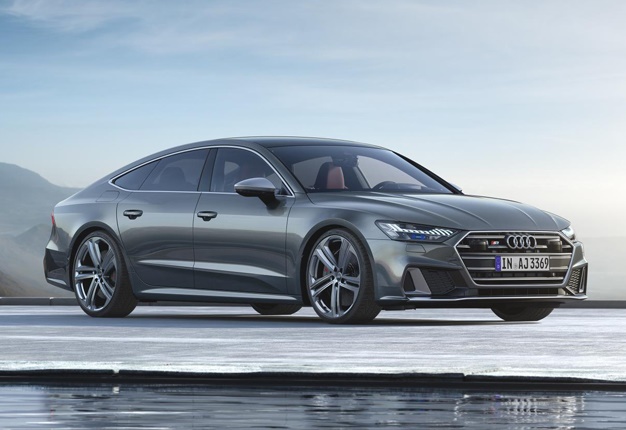 Audi will also use Q1 to launch its new Q3 Sportback in SA. Two turbocharged engines are expected to make up the range, both comprising petrol units.

The Q3 Sportback 35 TFSI uses a 1.4-litre engine that produces 110kW and 250Nm. A six-speed automatic gearbox sends power to the front wheels and top speed is a claimed 204km/h.

The Q3 Sportback 40 TFSI uses a 2.0-litre motor that churns out 132kW and 320Nm. Here, a seven-speed automatic gearbox channels power to all four wheels via Audi's famed Quattro all-wheel drive systm. 0-100km/h, according to Audi, takes 7.6 seconds to complete.

We live in a world where facts and fiction get blurred
In times of uncertainty you need journalism you can trust. For only R75 per month, you have access to a world of in-depth analyses, investigative journalism, top opinions and a range of features. Journalism strengthens democracy. Invest in the future today.
Subscribe to News24
Related Links
REVIEW | Here'why the Audi A1 Sportback is urban lifestyle chic at its best
#Kyalami9Hour | Audi Sport racing driver Kelvin van der Linde chats to Wheels24
Next on Wheels24
Updated Tipo now available in SA - we have pricing for Fiat's C-segment challenger