Nowadays, every manufacturer wants to have at least one SUV or crossover in their line-up. But did you know that, in the not too distant past, the rave was all about station wagons?

Almost every manufacturer had one in their line-up, and plans were rife to flood the market with these body shapes.

It was all the hype back then until they suddenly just disappeared off the face of the earth. Especially in South Africa, where you’re more likely to find your 'dream' station wagon on the used car market.

Station wagons come with a certain appeal that many tend to overlook. They offer similar, if not more, cargo space than an SUV, has seating for five passengers (like a car or SUV), but without the need of a stepping ladder when clambering inside. Meaning, the ride height isn’t as high as that of an SUV.

But while station wagons have their strengths, they are just not as popular as they ought to be, which is why guys like BMW and Mercedes-Benz withdrew them from their line-ups. But there are still two automakers who still offer them in South Africa. Called an Avant and not station wagon, the RS4 is the only vehicle in Audi’s model line-up. Back in the day, Audi used to have an abundance of Avants in its line-up. Ranging from the standard cars to the potent RS models, an Avant was the way to go.

Now, in 2020, only the RS4 Avant remains, which begs the question as to whether or not Audi will revert to a sedan RS4 and walk away from their Avant altogether.

Regardless, the RS4 Avant is powered by a turbocharged 2.9-litre V6 petrol engine that kicks out 331kW and 600Nm. An eight-speed automatic gearbox sends power to all four wheels, allowing the car to run from 0-100km/h in 4.1 seconds. The top speed is electronically limited to 250km/h. 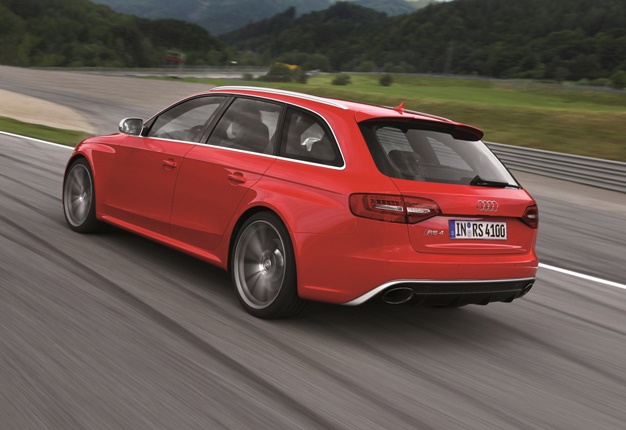 A personal favourite, the V90 CC is the only other station wagon on sale in South Africa. As a new car, that is. The car shares its underpinnings with Volvo’s XC90 and S90 vehicles, but does offer a ride quality that is relatively superior to its siblings’.

A range of petrol and diesel engines are on offer. For the petrol engine, power outputs range from 187kW/350Nm to 235kW/400Nm, while the diesel engine offers between 140kW/400Nm and 173kW/480Nm. Both engine types displace 2.0-litres and are turbocharged.

At 1800kg, the V90 CC is on the heavy side, but the engines’ performance does well to mask it to an extent. Fuel consumption, however, is not a strong selling point. Load volume is rated at 560L, but can be expanded up to 1526L. Ground clearance is rated at 210mm.

The third automaker to offer a station wagon in South Africa, is Subaru. Compared to both Audi and Volvo, Subaru brings up the rear when it comes to first-choice vehicles. That’s not to say that their cars are bad – they are just not as popular as they once used to be.

Still, the automaker offers a healthy vehicle line-up locally and the Outback is part of that. The two-model range comprise of the 2.5- and 3.6-litre models, both available in ES Premium trim. Power for the 2.5-litre is rated at 129kW/235Nm, while the 3.6-litre pushes out 191kW/350Nm. Both models send their power to all four wheels via a CVT transmission.

Ground clearance on the Outback is a very respectable 213mm, while loading space is listed at 512L - 1810L when the rear seats are folded flat. 2020 Subaru Outback. Image: QuickPic
We live in a world where facts and fiction get blurred
In times of uncertainty you need journalism you can trust. For only R75 per month, you have access to a world of in-depth analyses, investigative journalism, top opinions and a range of features. Journalism strengthens democracy. Invest in the future today.
Subscribe to News24
Related Links
Audi tweaks 2020 RS4 Avant with cosmetic changes
'It loves a dirt road' - Volvo V90 Cross Country driven
Next on Wheels24
OPINION | New sketch of 2022 VW Amarok makes us want one even more