The last few years, more and more automakers withdrew several of their cars from the South African carpool. Ford removed the sedan versions of the Fiesta and Focus from the market, as well as its Fusion.

Volkswagen also removed several of its sedans, leaving only the Polo Sedan to fend for itself. Why? Because the demand for crossovers and SUVs have become too high. It's better to see to demand than keep a sinking ship afloat. Whatever metaphor you want to use, insert here.

However, several automakers are still turning a profit out of sedans in their line-up. Suzuki, for example, has two sedans - the Ciaz and Dzire - while Toyota has three. In the infographic lower down this article, we list nine sedans for sale in South Africa with a retail price of under R350 000. Though the Honda Ballade's top model has a sticker price of R366 700, we included it because most of the range falls into the price bracket. 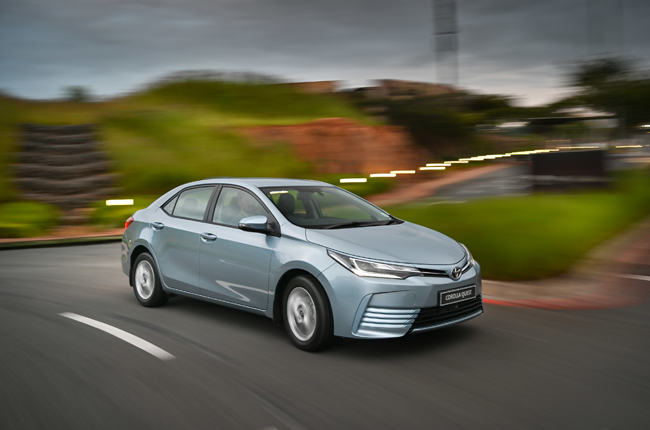 Of the nine cars listed, only the Polo Sedan gives buyers the option of more than one engine choice. Two petrol engines, a 1.4- and 1.6-litre, make up the range alongside a 1.5-litre diesel option. Interestingly, the Polo Sedan is the only car in this company to offer a diesel engine, which should interest those concerned with the long-road comfort of low-down torque - 250Nm, to be exact.

The Toyota Corolla Quest will most likely be the vehicle most buyers would opt for first, given that it's 1) based on the eleventh-generation Toyota Corolla, and 2) is comprehensively specified at a competitive price. And because the car is locally-built at Toyota's Prospection plant in Durban, owners will have no problem waiting on parts as it will be readily available.

REVIEW: The Toyota Corolla Quest is a fine car and friendly on the wallet too

Speaking of parts, Suzuki recently moved house to a new and bigger facility. This to accommodate the increasing demand for its cars, locally. The new home also has a bigger storage facility for more parts. Part of the automaker's growing success locally is its Dzire and Ciaz sedans. Doing duty lower down the price scale as affordable, yet well-built, alternatives, these two sedans have proved their worth and is deserving of one's consideration.

Other sedans included in the below list are Honda's Ballade and Amaze, the Hyundai Accent, and Nissan's Almera.

A firm favourite from our Wheels24 readers is the Ford Figo sedan, a proper value for money offering. Pricing for the 1.5-litre manual Ambiente model starts at R215 000 and R224 000 for the 1.5-litre Trend model.

Which of the cars listed below would you consider, and why? Email us and let us know. Image: Quickpic
We live in a world where facts and fiction get blurred
In times of uncertainty you need journalism you can trust. For 14 free days, you can have access to a world of in-depth analyses, investigative journalism, top opinions and a range of features. Journalism strengthens democracy. Invest in the future today. Thereafter you will be billed R75 per month. You can cancel anytime and if you cancel within 14 days you won't be billed.
Subscribe to News24
Related Links
REVIEW | The Toyota Corolla Quest is a fine car and friendly on the wallet too
SEE | Polo, Corolla, Ciaz: Here's which affordable sedan offers the best resale value
Next on Life
Haval's new H6 Hybrid SUV now in SA – a sensible energy solution for 'right now'