The Covid-19 outbreak has brought many industries to a halt, in the motor industry many manufacturers have temporarily closed factories, and car launches have been suspended for the foreseeable future.

But before the lockdown period came into effect, we've attended numerous launches of new vehicles in the first quarter of 2020, and picked out three new models that have stood out.

Toyota Corolla Quest - One of the country's most popular nameplates received a fresher model in February when Toyota unveiled its latest Corolla Quest, based on the outgoing 10th-generation Corolla.

Mzansi is the only place in the world where it can be bought, it flies the proudly South African flag. Suzuki S-Presso - The local arm of the Japanese carmaker Suzuki launched their new budget competitor via social media, and it startled everyone with its distinctive styling and starting price of R134 900.

Power is derived from a 1.0-litre three-cylinder petrol engine that produces 50kW and 90Nm, and it is mated to either a five-speed manual gearbox or a five-speed automated manual transmission (AMT). Hyundai I30N - One of the first cars to be launched locally was Hyundai's attempt at taking on the established hot hatch players.

Powered by a 2.0-litre turbocharged engine with 202kW and 353Nm, and mated to a six-speed manual gearbox. The drive is channelled exclusively through the front wheels.

It's arguably one of the most anticipated cars to reach our shores, and it will be interesting to see how it fares when driven back-to-back against its competitors, whatever they may be. 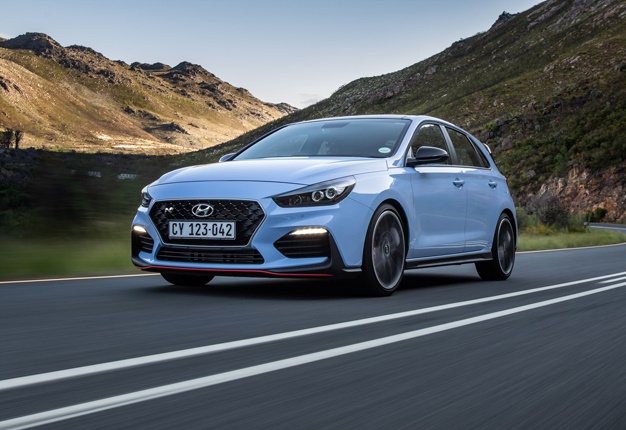 We live in a world where facts and fiction get blurred
In times of uncertainty you need journalism you can trust. For only R75 per month, you have access to a world of in-depth analyses, investigative journalism, top opinions and a range of features. Journalism strengthens democracy. Invest in the future today.
Subscribe to News24
Related Links
Toyota launches 'Epic' Fortuners in SA, drops V6 and manual models
Touch down! BMW’s first-ever 2 Series Gran Coupe now available in SA
Next on Wheels24
REVIEW | 2021 Kia Pegas proves to be the right car, for just the right time in SA