SEE | XC40, Kona, A1 - Here are the 5 most powerful three-cylinder engines on sale in Mzansi

• We list the most powerful three-cylinder engines in SA.

• Volvo has the most powerful engine, with 120kW to its disposal.

Downsizing is very real, and automakers are fast-adopting small displacement engines. Before long, the internal combustion will probably be a distant memory as only third-world countries will continue with them.

European automakers have already begun the downscaling process with a big bang, and these new-age engines are now just as powerful as naturally aspirated 2.0-litre engines of a few years ago.

Here are five of the most powerful three-cylinder engines in South Africa.

Powering the XC40 is Volvo's new-generation three-cylinder engine. It produces 120kW and 265Nm and sends power to the front wheels via a six-speed manual gearbox or eight-speed automatic transmission. As Volvo is one of the automakers which is leading the switch to an all-electric future, they are showing that you can still have the performance without sacrificing too much at the fueling station.

Volvo claims an average fuel return from as low as 6.3-litres/100km. BMW's new 1 Series is relatively fresh on the market, and one of the big talking points is the fact that the car adopted a front-wheel-drive setup - except for the M135i xDrive. In addition, the 1.5-litre engine that powers the 118i produces 103kW and 220Nm and is coupled to a seven-speed dual-clutch automatic gearbox.

BMW says that the engine will return 5.9-litres/100km. 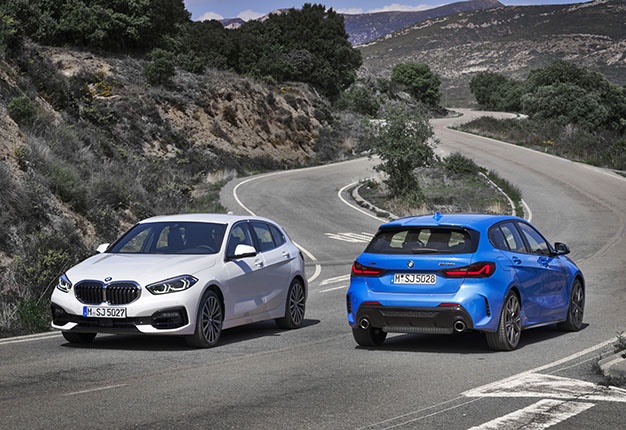 BMW and Mini are in cahoots (they fall under the same Group) and often share the same engine and gearbox options. The same engine that powers the 1 Series is also found in several Mini products, including the Clubman, Hatch, and Convertible. In Mini's Clubman and Convertible applications, the engine produces slightly less power at 100kW, but the same amount of torque as its 1 Series cousin. It also implements the Group's seven-speed gearbox.

The Mini Hatch uses this engine in two variants: 100kW/220Nm, as well as a detuned version with 75kW and 190Nm in its meekest application. The hatch has the option of a six-speed manual gearbox, too. Fuel consumption is rated from as low as 4.9-litres/100km. Hyundai's Kona is one of the most expressive vehicles on the market, especially in that green hue. Two engines make up the range: a 2.0-litre and a 1.0-litre three-cylinder. The latter, a turbocharged motor, displaces 998cc and is good for 88kW and 172Nm. It sends its power to the front wheels via a six-speed manual transmission.

Hyundai claims that the engine will sip as little as 6.8-litres/100km, which one can take as truth given that Hyundai's figures are pretty close to real-world conditions. Audi recently changed its naming convention and did away with clear-as-day indications as to which model you're looking it. Both petrol and diesel models, across the portfolio, adopted the new naming structure, with the smaller engine in the family, the 1.0-litre three-cylinder in the A1 and A3, being called the 30TFSI.

This engine is mated with Audi's dual-clutch seven-speed automatic gearbox and, in the A1, fuel consumption is as low as 4.8-litres/100km. In the A3, Audi claims a best return of 4.7-litres/100km. We live in a world where facts and fiction get blurred
In times of uncertainty you need journalism you can trust. For 14 free days, you can have access to a world of in-depth analyses, investigative journalism, top opinions and a range of features. Journalism strengthens democracy. Invest in the future today. Thereafter you will be billed R75 per month. You can cancel anytime and if you cancel within 14 days you won't be billed.
Subscribe to News24
Related Links
REVIEW | Getting to grips with the entry-level 'Hatch', the cheapest Mini on sale
WATCH: 5 cool things you should know about the Hyundai Kona
Next on Life
REVIEW | The Toyota Starlet proves a winning recipe can always be improved