Stacking them up: How BMW's new M340i xDrive compares to its rivals in SA • The Audi is the "oldest" of the three mentioned cars.

BMW will be launching its new M3 and M4 soon. The motoring world is abuzz regarding the arrival of these two cars, especially BMW aficionados who can't wait to have either one in their driveways.

Until such time that the M3 arrives, BMW has given us a placeholder. A seat warmer until the time for the M3 is ready.

The M340i xDrive is that filler. Sitting at the top of the current 3 Series range, it has what it takes to make itself count among its rivals. Compared to previous models in this slot, the new M340i is fitted with BMW's all-wheel-drive system. No more rear-wheel drive only, which can only be an indication that the new M3/4 will also be kitted with the xDrive system.

To an extent, it does make sense, given that the car has 285kW and 500Nm to contend with. And yes, it does make for splendid performance.

Rivalling the M340i xDrive are two countrymen from Germany: the Mercedes-AMG C43 4Matic and Audi's S4 Quattro. We delve into how the three cars stack up against each other (on paper) to see how the newest addition to this fight – the M340i xDrive – compare.

Pricing is an essential factor in deciding which car to go for. The BMW is a few thousand rand cheaper than the Mercedes, but more than R200 000 more expensive than the Audi. The Audi has this one won, but there is a catch: it is the oldest of the trio.

In the last few years, both BMW and Mercedes-AMG brought new and fresh offerings to the market, whereas Audi did a facelift. A new S4 is due but its ETA is still unknown. When it arrives, expect it to be much closer to its rivals in terms of price.

Given that the M340i xDrive is the newest car here and that it undercuts the Merc slightly, it gets our vote by a smidgen. 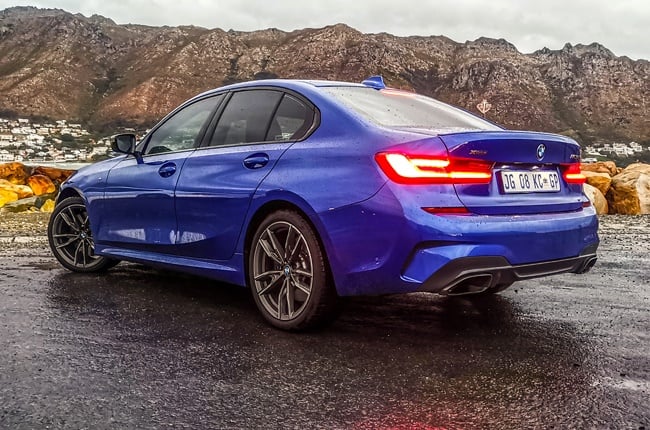 All three cars in this company are powered by a 3.0-litre turbocharged petrol engine, with the BMW and Mercedes-AMG again topping the Audi. Because of its age – again – the S4 must make do with "only" 260kW and 500Nm. That is some way off the figures rated by the other two cars.

The Merc tops the BMW in terms of both power and torque outputs (287kW/520Nm vs. 285kW/500Nm), but the M340i claws back ground when putting that power down to the road. It clears the 0-100km/h sprint in 4.4 seconds, slightly faster than the other two cars. All three have an electronically limited top speed of 250km/h.

Whereas the C43 has a nine-speed automatic gearbox, the Audi and BMW have eight-speed gearboxes. The buyer who is looking at any of these three sports sedans will know what they are looking for. Whether your affiliation is towards a brand, the "best price" or performance, you will know what tickles your interest.

If the ball were in our court, the S4 would fall by the wayside. Not because it doesn't have the right ingredients to make itself count, but because it is not as new as the other two. However, for substantially less than either the Mercedes or BMW, you get a car that is not holding back when it comes to performance. Just some food for thought…

REVIEW: A one-night fling with the new BMW M340i xDrive

Between the remaining two cars, there is virtually nothing to choose between them. They are similar on price, have similar power outputs, as well as similar performances. The final decision will come down to preference, and that could mean a whole lot of things. It's a difficult decision, but the choice you make will not leave you regretting not going for the other.

But if you really are finicky about it and want something to base your decision on, the C43 AMG has a sweeter exhaust note. We live in a world where facts and fiction get blurred
In times of uncertainty you need journalism you can trust. For 14 free days, you can have access to a world of in-depth analyses, investigative journalism, top opinions and a range of features. Journalism strengthens democracy. Invest in the future today. Thereafter you will be billed R75 per month. You can cancel anytime and if you cancel within 14 days you won't be billed.
Subscribe to News24
Related Links
DRIVEN | BMW M340i xDrive the perfect seat warmer until hotter M3 arrives in SA
REVIEW | A one-night fling with the new BMW M340i xDrive
Next on Life
4 New vehicles you could buy if you only have R200 000 to spend in SA