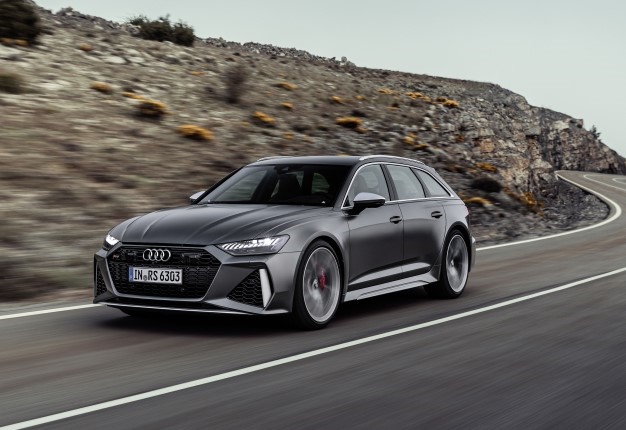 Audi's fourth-generation RS6 Avant has been revealed and the latest model boasts a mild-hybrid system that works in conjunction with the 4.0-litre twin-turbocharged V8 engine to deliver 441kW and 800Nm.

Oliver Hoffmann, MD of Audi Sport, says: "Throughout our 25-year RS history, the Audi RS 6 Avant is one of our absolute icons with a large global fan base."

Audi South Africa says the model will arrive in the final quarter of 2020 and that the timing is subject to change.

The big news of course is the new engine system, which is a VW-Group derived 4.0-litre V8 twin-turbo engine in combination with a 48-volt main electrical system to produce a maximum of 441kW and 800Nm. An eight-speed automatic transmission is used, and of course Audi's four-wheel drive system is in place.

It's not all brawn as the new RS6 Avant uses a mild-hybrid system with a belt alternator starter and Audi says up to 12kW of power can be recovered during light deceleration and stored in a separate lithium-ion battery. There's cylinder deactivation too, which at low to intermediate loads and speeds deactivates cylinders 2, 3, 5 and 8 in the high gears by switching off injection and ignition and closing the intake and exhaust vavles.

The powerful-looking wagon has a front track width of 1.66m and 1.65m at the rear. The body of the new RS 6 Avant is 20mm lower than in the Audi A6 Avant with standard suspension; at speeds of 120km/h and above, it is lowered by another 10mm.

We live in a world where facts and fiction get blurred
In times of uncertainty you need journalism you can trust. For only R75 per month, you have access to a world of in-depth analyses, investigative journalism, top opinions and a range of features. Journalism strengthens democracy. Invest in the future today.
Subscribe to News24
Related Links
Audi updates stylish TT, TTS Coupe in SA
Road test: Audi's RS 4 is a more focused driving machine
Next on Wheels24
Suzuki's Dzire receives new face and ESP across the range