The Mercedes-AMG GT has moved to the dark side with the launch of the new Black Series. Its power comes from a heavily-modified version of the 4.0-litre biturbo V8 engine now producing 537kW and 800Nm.

The increase in power is also down to the new 'flat' crankshaft. Mercedes-AMG claims a 0-100km/h sprint time of 3.2 seconds and a top speed of 325km/h. 0-200km/h will be completed in less nine seconds. Unbelievably all that power is sent to the rear wheels via a seven-speed dual-clutch gearbox situated on the rear axle.

The changes include new camshafts and exhaust manifolds are adapted to the new firing order and further improve the gas cycle.

Both twin scroll exhaust turbochargers are mounted in anti-friction bearings, as in the top-of-the-range four-door AMG GT Coupé, which optimises their throttle response even further. However, in the Black Series, the turbochargers have been given a larger compressor wheel,meaning that both can deliver a total of 1100kg air per hour.

The new Black Series looks the business with rear apron, large diffuser and massive adjustable rear wing. There are two sections to it, both made from carbon fibre and can be mechanically adjusted to aid aerodynamics. There are two tyre options, both manufactured by Michelin. The standard road tyre is Pilot Sport Cup 2 soft compound R MO1A, while for track-use a hard compound labelled R MO2 is available.

"The new GT Black Series is our latest automotive highlight and continues a tradition established in 2006. The sixth version of its kind is another AMG milestone and impressive proof of the incredible development expertise in Affalterbach," says Tobias Moers of Mercedes-AMG.

The Black Series is likely to arrive in South Africa in late March or early April 2021 says Mercedes-Benz SA. 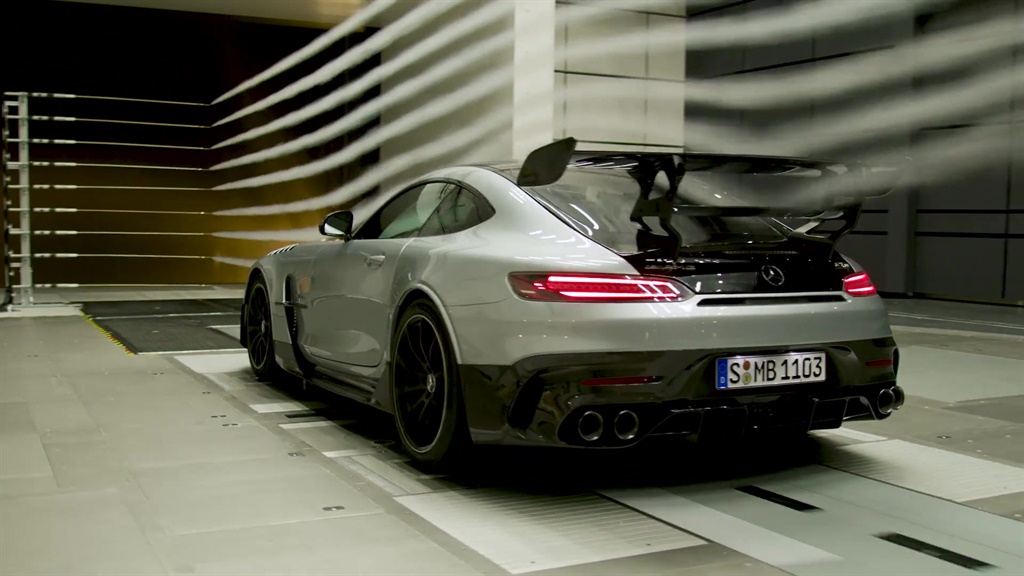 We live in a world where facts and fiction get blurred
In times of uncertainty you need journalism you can trust. For 14 free days, you can have access to a world of in-depth analyses, investigative journalism, top opinions and a range of features. Journalism strengthens democracy. Invest in the future today. Thereafter you will be billed R75 per month. You can cancel anytime and if you cancel within 14 days you won't be billed.
Subscribe to News24
Related Links
SA's Vernon Philander is an undercover petrolhead: We drive his Mercedes C63 AMG
Next on Life
This is the most beautiful car driven in 2022