The essence of Vrrphaaa: Is the Volkswagen Golf GTI still the ultimate everyday hot hatch? And a fellow motoring hack's Facebook update got me thinking about this article.

He said: "One often forgets why the Volkswagen Golf GTI is this country's most loved hot hatch. That is, until one drives it again. What a thing."

For people that enjoy cars, it's about how they make us feel when we drive them. And the GTI, well it makes me want to drive all the time.

The seventh iteration of the GTi produces 169kW and 350Nm.

So yeah, it's not the most powerful hot hatch on sale but it punches above its weight. There's a large amount of torque under your right foot that entices me like a bulging mutton salomie from my favourite takeout spot. 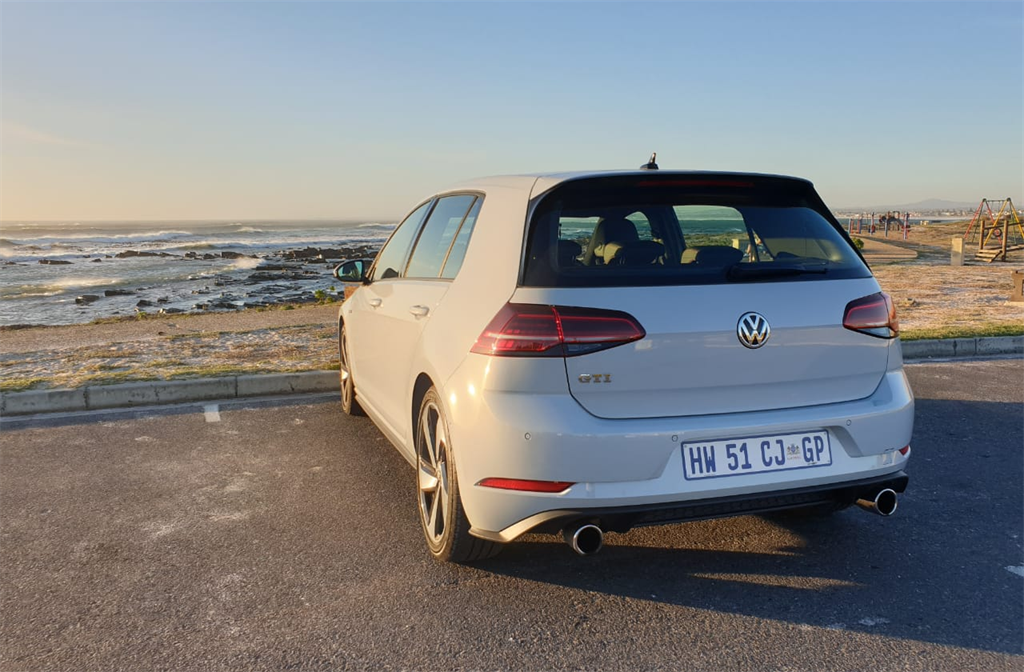 It's a sumptuous experience to get behind the sporty steering wheel, turn the key and listen to that four-pot burble, akin to shaking your best friend's hand.

What about the driving experience? Well it's not as vanilla as some might believe. Ultimately, it's a driver's car when you've set your eyes on your favourite bit of twisty tarmac.

Mash the throttle and it gleans off the line with great traction. In fact, the GTI also has a launch control mode up its sleeve to make it even quicker off the mark.

Most powerful Golf yet: The 2019 Volkswagen Golf R is a brute

The GTI reliably offers times of under 6.5-seconds to reach 100km/h from standstill, this is largely down to its dual-clutch gearbox and launch control system.

Our GTI does not have the adaptive suspension but the ride is one of the most compliant I've experienced in any car. It is incredibly efficient at finding the balance between being comfortable and sporty depending on your needs.

I reached out to two-time SA rally champion navigator Pierre Arries, who has owned several GTIs over the years and had this to say about the current model: "There are hot hatches that get to 100km/h a fraction of a ball hair quicker." Arries went on to say: "There are hot hatches that are cheaper, and some that are more expensive. But not one of them are able to  as an overall package, every single time it is superior. The car each of them measures themselves against is the GTI, and there is only one, the GTI."

With the eighth-generation Golf GTI due in latter half of 2020, it's been a good exercise to spend time with the outgoing model.

Every version of the GTI has been incrementally better than its predecessor.

And VW has reportedly said the new car will be powered by a 2.0-litre turbocharged engine with more power and crucially no supplementary electric power.

I'll be taking our GTI on one last sporty drive in the next few weeks, so look out for that video and driving impression and follow us on social media.

It'll be on a mountain pass, possibly Franschhoek or even Clarence Drive on the False Bay coast. Both are brilliant roads where the GTI can show its sporty side. It should be fun.

We live in a world where facts and fiction get blurred
In times of uncertainty you need journalism you can trust. For only R75 per month, you have access to a world of in-depth analyses, investigative journalism, top opinions and a range of features. Journalism strengthens democracy. Invest in the future today.
Subscribe to News24
Related Links
Vrr-Pah! Here's a quick look at our hot hatch long-termer: VW Golf 7.5 GTI
Most powerful Golf yet: The 2019 Volkswagen Golf R is a brute
Next on Wheels24
REVIEW | Toyota pulled out all the stops when penning its all-new Land Cruiser 300