The new BMW 4 Series Convertible's massive grille isn't its biggest change, here's what it is • BMW unveiled its latest 4 Series Convertible with a soft-top folding roof only.

• The G23 model now has the Coupe's vertical-shaped kidney grille.

BMW unveiled its latest 4 Series Convertible without a folding hardtop roof. Instead the latest G23 model has a folding fabric roof that takes 17 seconds to open or close.

The four-seater offers infinite headroom with the roof open. BMW says the new car sports a 'panel bow' soft-top roof and is 40% lighter than the predecessor car’s.

The soft-top comes in black as standard and anthracite Silver effect as an option and features extremely stiff body structure with reinforced side skirts, additional convertible-specific bracing and a new aluminium shear panel in the front end, says BMW.

The roof can be operated at up to 50km/h and has a claimed luggage capacity of 300-litre when stowed, it increases to 385-litres with the roof up. 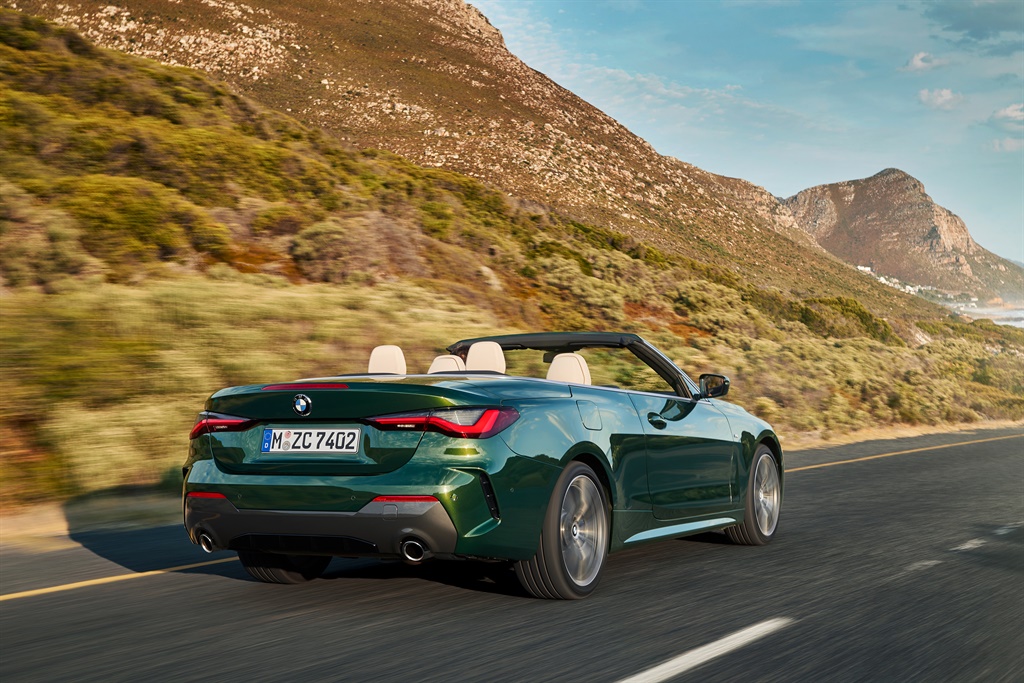 Apart from the switch to a soft-top roof, the new 4 Series Convertible has the latest vertical kidney grille first seen on the Coupe version. The worldwide launch will begin the March 2021 and the range will be headlined by the M440i xDrive with 275kW and 500Nm from its three-litre six-cylinder engine.

It uses an eight-speed automatic transmission and BMW says the flagship model will reach 100km/h from standstill in 4.9 seconds. Adaptive  dampers are optional on all models besides the M440i which also has an active locking rear differential.

The Convertible rides on the same chassis as the coupe's but has been stiffened slightly more. It has the company's trademark 50:50 weight distribution and features a wider tracks an increase of 28mm at the front and 18mm at the rear.

The 4 Series Convertible's local line-up has not yet been confirmed. We live in a world where facts and fiction get blurred
In times of uncertainty you need journalism you can trust. For 14 free days, you can have access to a world of in-depth analyses, investigative journalism, top opinions and a range of features. Journalism strengthens democracy. Invest in the future today. Thereafter you will be billed R75 per month. You can cancel anytime and if you cancel within 14 days you won't be billed.
Subscribe to News24
Related Links
WATCH | BMW debuts all-new M3 and M4 - Here's which models are headed to SA and when
BMW’s 330is: The return of the 'Gusheshe'
Next on Life
VW upgrades its only sedan - what to know about the stylish new Polo model