• Produced in a limited series of 19 units: all already sold.

Lamborghini's most powerful production yet, the Sián Roadster, is officially sold out. Although it probably wasn't difficult seen as though they will only build 19 examples.

Oh yeah, it's a hybrid. And it uses a super-capacitor application, which according to the company is a world-first technology that stores ten times the power of a lithium-ion battery. 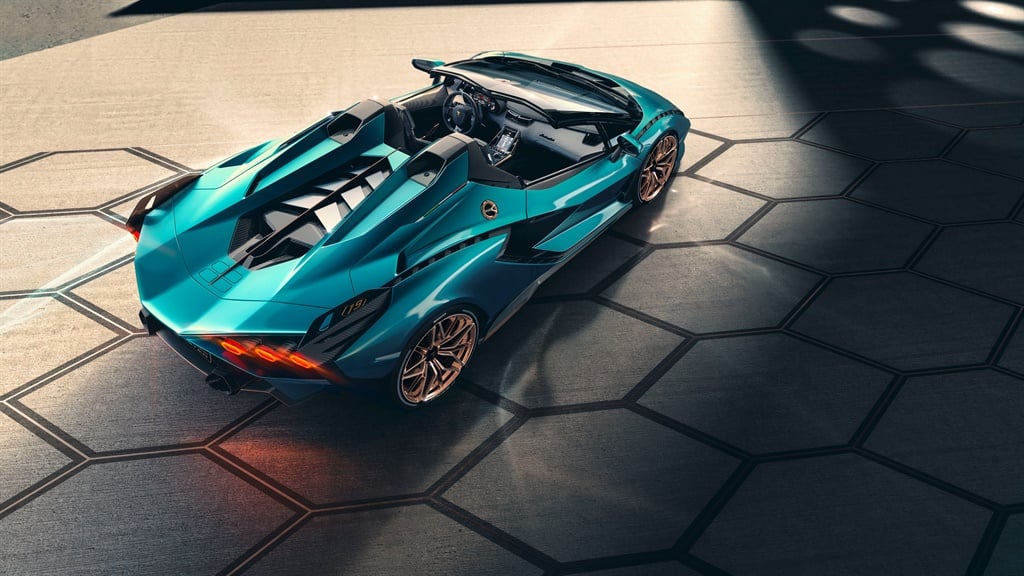 It's fitted in the bulkhead between cockpit and engine for perfect weight distribution. Lamborghini says it is three times more powerful than a battery of the same weight and three times lighter than a battery producing the same power, the electric system with the supercapacitor and e-motor weighs 34kg.

The hybrid system combines the V12 engine with a new powertrain. A 48-volt e-motor, delivering 25kW, is incorporated into the gearbox to provide immediate response and better performance.

The e-motor also supports low-speed maneuvers such as reversing and parking with electric power. The numbers get even crazier when the Sián boasts a top speed of over 350km/h and a 0 to 100km/h sprint time of under three seconds.

"The Sián’s innovative hybrid powertrain heralds the direction for Lamborghini super sports cars, and the open-top Sián Roadster affirms a desire for the ultimate lifestyle Lamborghini as we move towards a tomorrow demanding new solutions," says Lamborghini's CEO Stefano Domenicali. We live in a world where facts and fiction get blurred
In times of uncertainty you need journalism you can trust. For 14 free days, you can have access to a world of in-depth analyses, investigative journalism, top opinions and a range of features. Journalism strengthens democracy. Invest in the future today. Thereafter you will be billed R75 per month. You can cancel anytime and if you cancel within 14 days you won't be billed.
Subscribe to News24
Related Links
Lamborghini's new super yacht boasts close to 3000kW
This is how much the Lamborghini Huracán Evo RWD Spyder will cost in SA
Next on Life
REVIEW | The Toyota Starlet proves a winning recipe can always be improved