• Deliveries of the German carmaker's T-Roc will begin at the end of November.

• Toyota's new Agya is an entry-level newcomer that the brand has teased photos of on social media.

• Wheels24 is attending both launches this week.

VW says 400 customers have pre-ordered the stylish T-Roc, which slots in between the T-Cross and Tiguan models.

The entry-level derivative's power is sent to the front wheels only via an eight-speed automatic gearbox, while the bigger capacity engine model features all-wheel-drive and a twin-clutch seven-speed transmission.

There are two trim options, with only the Design specification offered on the 1.4 TSI and a choice of either Design or R-Line offered on the 2.0-litre.

With pricing starting from R489 400 and toping out at R593 600, Volkswagen says delivery of the T-Roc will begin at the end of this month. 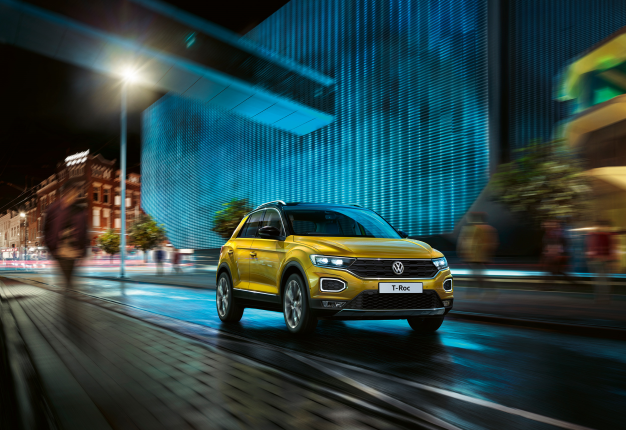 And now onto something not as plush or luxurious as the T-Roc, but rather a newcomer in the highly-contested budget car segment.

Toyota has been posting teasers on social media of its latest model, the Agya. The model will filter in below the new Starlet and is powered by a 1.0-litre naturally-aspirated engine with 49kW. Power is sent to the front wheels via a five-speed manual or four-speed automatic gearbox according.

According to a local report from Carmag and Timeslive, the Agya will replace the Aygo.

Toyota will provide more details on Wednesday (25 November) for the Agya's webinar before a test drive session on Thursday.

We live in a world where facts and fiction get blurred
In times of uncertainty you need journalism you can trust. For 14 free days, you can have access to a world of in-depth analyses, investigative journalism, top opinions and a range of features. Journalism strengthens democracy. Invest in the future today. Thereafter you will be billed R75 per month. You can cancel anytime and if you cancel within 14 days you won't be billed.
Subscribe to News24
Related Links
Here's how we'd spec Volkswagen's new T-Roc
Volkswagen reveals the South African pricing for its hot new T-Roc SUV
SEE | These are the rivals VW's new T-Roc will go up against when it arrives in SA
Next on Wheels24
Toyota’s new Starlet rally car is purpose-built and features a special ingredient from the 1990s