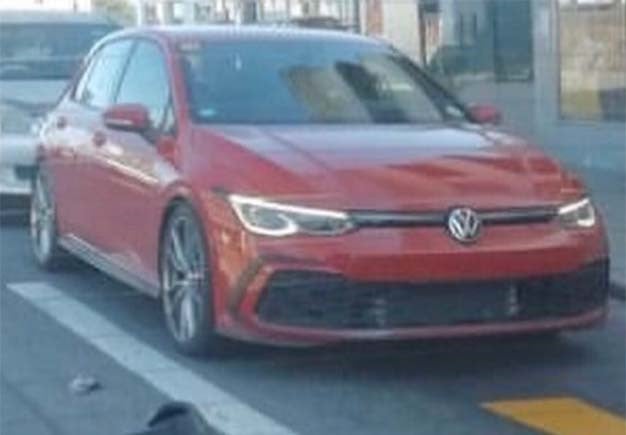 Social media has been a buzz on Thursday when South Africa made headlines in Europe for some exciting news.

The arrival of the new Golf 8 is getting very real!

The recently-unveiled Golf 8 made its global debut only a month ago in a world premiere event that was live-streamed globally from Wolfsburg, Germany.

Schroëter says the image was sent to him a friend in Uitenhage, home of SA's VW plant.

Could this be the Golf 8 R? Spotted in Uitenhage! #Golf pic.twitter.com/YvUzqJT2Cz

The car has no registration plates and looks very much like the model in pictures Volkswagen has recently released of its Golf R. We are also not entirely sure if it could even be the GTI derivative without badging.

We're not even asking VWSA as we know the model is down here for testing from the mothership so we won't get any more information. We will just have to wait until next year to see for ourselves.

The car looks to have the optional 19" wheels, according to Auto Express, new headlights, new VW logo, and the slimmer grille, and more slanted bonnet.

The automaker says the latest Golf model (in standard guise) will feature more digitalisation and connectivity than ever before, packed with innovations and, sporting a highly expressive design.

Volkswagen South Africa says it will launch the eighth-generation Golf in GTI form first in late 2020, TSi and Golf R models to follow.

We live in a world where facts and fiction get blurred
In times of uncertainty you need journalism you can trust. For only R75 per month, you have access to a world of in-depth analyses, investigative journalism, top opinions and a range of features. Journalism strengthens democracy. Invest in the future today.
Subscribe to News24
Related Links
WATCH | The SA-bound Golf 8 will completely change the game when it arrives next year
Here's when the new Volkswagen Golf 8 will arrive in South Africa
Next on Wheels24
The car for us? New Corolla Cross Hybrid more than just an 'alternative' vehicle