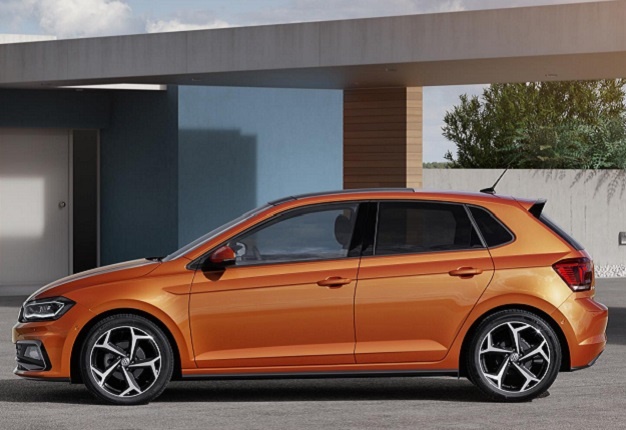 Berlin - Volkswagen has debuted its new Polo at a event in Germany.

The Polo sports an entirely new exterior design, more spacious interior, new cockpit and the addition of a TGI (natural gas) engine. Another first, borrowed from its Golf sibling, is its new digital instrument display.

The new model also coincides with launch of the sportiest version yet - the 2017 Polo GTI.

Klaus Bischoff, head of design of Volkswagen, explains: "This Volkswagen can immediately be made out as the original of its class, but also as a completely new generation. A Polo with an expressive design which makes the compact sportier, cleaner and unique within the brand range. This is a car that fits in perfectly with our times – both visually and technologically."

Key facts of the new Polo: The new Polo will be sold later in Europe in 2017 with nine Euro-6 engines. The power range at market launch - 48kW to 110kW. For the first time, the Polo is available with a natural gas engine; the newly developed 1.0 TGI with an output of 66kW. Four petrol and two diesel engines are also available. The sixth generation Polo has grown, making it larger than its predecessor in all of its dimensions. This has resulted in significantly increased boot volume - from 280 to 351 litres.

The new Polo, with its length of 4m, is slightly shorter than the fourth- generation Golf, but it surpasses that Golf when it comes to its wheelbase (53mm longer) and space for the driver, passengers and luggage (21 litres more).

We live in a world where facts and fiction get blurred
In times of uncertainty you need journalism you can trust. For only R75 per month, you have access to a world of in-depth analyses, investigative journalism, top opinions and a range of features. Journalism strengthens democracy. Invest in the future today.
Subscribe to News24
Related Links
VW is trying to change - independent monitor
Hatchback shootout: Ford Fiesta vs. VW Polo
Next on Wheels24
REVIEW | Despite its 60km/h top speed, the Eleksa CityBug accelerates like a true EV