Watch out, i30N! Here's why we can't wait for the Renault Megane R.S. Trophy's local debut

Earlier this year, Wheels24 attended the local launch of the new Hyundai i30N. While the car provoked many comments and opinions, one of the biggest talking points was the competition we listed. You can read that article here.

To equal the playing field ever so slightly, Renault will be bringing a more track-focused version of its Megane R.S. to the South African market, called the Trophy.

Expected to be powered by a 220kW/420Nm turbocharged 1.8-litre engine, the Trophy might be fitted with the proper blend of ingredients to give the i30N a good run for its money.

And why not? The Hyundai has the speed, the driver enjoyment, and the necessary fun-factors to make a compelling case for itself - aspects the Trophy would want to address.

The Megane R.S. Trophy will be another front-wheel-drive hooligan of a car that will entice and excite with each passing moment, but it will unsettle its rivals as it looks to give eager buyers more choice for their buck. 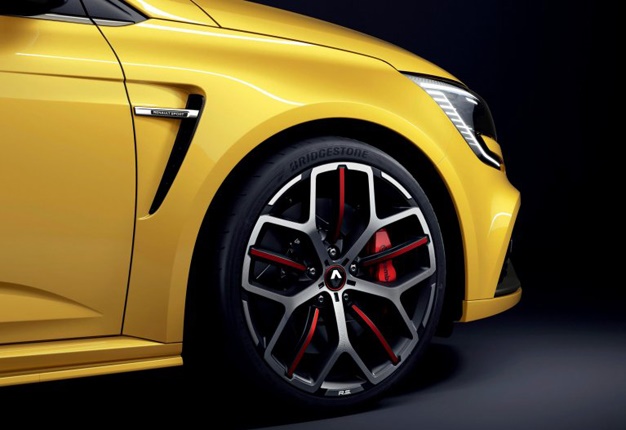 The i30N is a very good car. Hyundai managed to get a lot of things right when it comes to involving the driver. Steering feel, throttle inputs, and brake sensitivity are all things the Korean sports car nails.

The Trophy? Well, knowing Renault Sport (the French automaker’s sports car division) the newest Megane R.S. should address those very aspects. If anything, the two cars will be direct rivals, albeit with different power outputs and engine sizes. The i30N’s turbocharged 2.0-litre motor (202kW/353Nm) is somewhat down on power compared to the Renault, but once on the move, you can’t believe how quick it is.

The Trophy will, expectedly, be faster, given its increased power.

How the two cars stack up against each other remains to be seen, so watch this space. Renault relied on its Formula 1 experience to build the Trophy’s engine. Many of Renault’s other vehicles have F1 technology on its engines, even the Kwid.

But on the Trophy, Renault implemented technologies to help improve the turbo’s response time. This includes a turbine that rotates at almost 200 000rpm. And thanks to a ceramic ball-bearing system, friction is minimised, as well.

Also, the exhaust system is fitted with a mechanical valve that allows for engine and exhaust noises to be adjusted. Chassis-wise, the Trophy implements the Megane R.S. Cup’s underpinnings but is also fitted with new front brakes and alloy wheels that are lighter than the Cup’s.

Two gearbox options are also on offer: Renault’s EDC dual-clutch transmission, as well as a six-speed manual gearbox - just like the i30N. However, torque on the manual has been decreased to only 400Nm, while the kilowatt figure remains unchanged. Should we be giddy?

That gives Renault South Africa enough leeway to find a good middle ground between these vehicles. On the one hand, Renault wouldn’t want to slap too much of a premium over its current models, but, at the same time, it does not want to blow the car out of the water with an eye-watering price.

If Renault gets its pricing right, it could undercut the i30N by some margin and give the market something to be giddy about. Petrolheads know about Renault’s rich history in motorsport, which should count for something.

The Renault Megane R.S. Trophy is expected to launch in South Africa after the 21-day lockdown has been lifted.

We live in a world where facts and fiction get blurred
In times of uncertainty you need journalism you can trust. For only R75 per month, you have access to a world of in-depth analyses, investigative journalism, top opinions and a range of features. Journalism strengthens democracy. Invest in the future today.
Subscribe to News24
Related Links
WATCH: Closer look at Renault's Megane RS Trophy
Next on Wheels24
WATCH | Next-gen Ford Ranger tested to the extreme in world's toughest conditions