• In Europe Audi has just launched more powerful S version of the E-Tron as well as a Sportback version.

• It has 370kW and 973Nm from three electric motors, two of which are located on the rear axle.

Earlier in 2020, a Sportback version of the Audi E-Tron entered production. Set to take on the Jaguar I-Pace and the Tesla Model X, it boasts a more-pleasing on the eye silhouette compared to the electric vehicle its based on.

It uses a four-door coupe configuration with a dramatic sloping roofline that adds panache to the striking front and rear.

The front of the stands out even more when fitted with the optional digital matrix LED headlights. Audi says this technology is a world first in volume production cars. Each light is divided into 1.3 million pixels and can be controlled with great precision says the company.

It also features cameras instead of side mirrors that help the driver with visibility. There are two screens located on the driver and front passenger section that display a video feed to the driver.

Audi is launching its first two fully electric S models, of which the E-tron S Sportback is being featured, in Europe and gives us a look at what the German brand is busy with on the electric car front.

Powering the S model are three electric motors, two of which are located on the rear axle, together provide 370kW of boost power and 973Nm of torque, Vehicle safety and vehicle dynamics in particular have reached a new level:

In addition to the electric all-wheel drive, the cars are equipped with electric torque vectoring, which provides active and fully variable torque distribution on the rear axle.

The Sportback S version rockets from 0 to 100km/h in 5.7 seconds and has a top speed of 200km/h. Total claimed range is 387km from a fully charged battery. Like other performance models from Audi, the S Sportback is fitted with the firm's Quattro all-wheel-drive system with a twist.

In normal driving mode only the rear electric motors are used to make the car perform as efficiently as possible. The front electric motor engages when more performance is needed, or predicatively before traction subsides.

Audi has gone one step further by fitting the system with electric torque vectoring. This means that each of the rear electric motors sends the drive torques directly to the respective wheel via a single-speed transmission. Inside, the S Sportback S has dark colour scheme that's highlighted by  leather/Alcantara upholstery on the standard sports seats. It's found on the gear selector lever and features S embossing.

There are two large screen that house the infotainment and climate control systems. These screens are similar to the ones found in the Q8 and A7 Sportback models. The switchgear features brushed aluminum with a carbon-look available on request. 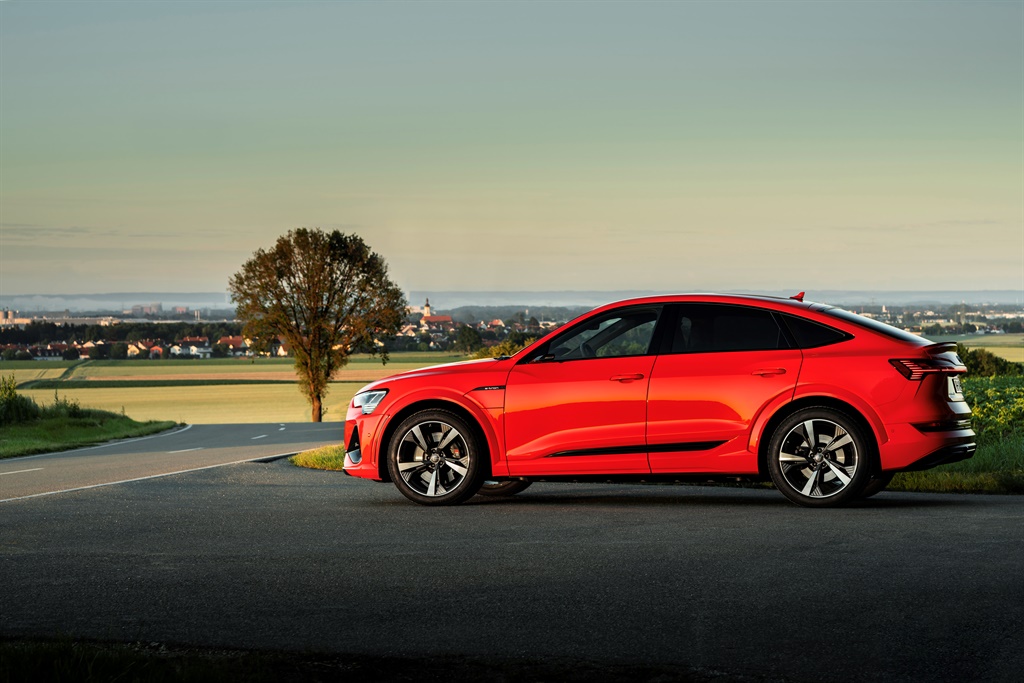 We live in a world where facts and fiction get blurred
In times of uncertainty you need journalism you can trust. For 14 free days, you can have access to a world of in-depth analyses, investigative journalism, top opinions and a range of features. Journalism strengthens democracy. Invest in the future today. Thereafter you will be billed R75 per month. You can cancel anytime and if you cancel within 14 days you won't be billed.
Subscribe to News24
Related Links
WATCH: Audi E-Tron successfully ascends one of the toughest ski courses in Austria
Next on Life
REVIEW | The Toyota Starlet proves a winning recipe can always be improved