WATCH | What it's like living with Ford's little Figo 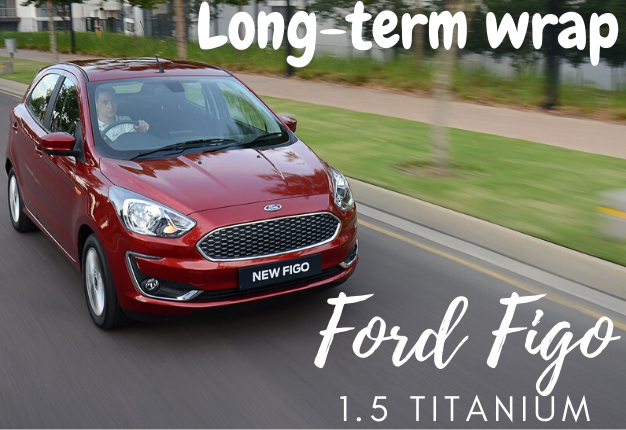 After six months, it’s time to return the keys of our long-term Ford Figo 1.5 Titanium. The little Figo arrived at the office at the end of September 2019 and quickly found favour among the team. With its quirky personality, and lovable traits, the Figo made for a solid companion.

The car, in 1.5 Titanium guise, is part of a six-model strong Figo range, of which four are hatchbacks and two sedans. The Titanium model is the top hatchback model and retails for R228 300 (March 2020). It’s 1.5-litre petrol engine is a non-turbocharged unit, but the three-cylinder motor is good for 88kW and 150Nm. Power is sent to the front wheels via a five-speed manual gearbox.

Driving the Figo, one is quickly faced with the comfort from behind the steering wheel. It’s neither tiring, nor does it put strain on your body. The seats offer enough support, and one can quickly find an ideal seating position before undertaking a drive.

Sadly, you have to reach forward to adjust the side mirrors.

Over the last few months, the Wheels24 team came to know the Figo in a much more intimate manner. Traits and characteristics came to the fore that one would otherwise have missed. In a recent article on the Figo, Wheels24's Charlen Raymond touched on the technologies the car is kitted with.

He wrote: "Ford Sync 2 allows for your phone to be connected in a matter of moments and you control virtually every function on your device from here. You also have a rear view camera as standard, as well as electric windows, a multifunction steering wheel, automatic wipers, and two USB ports."

READ: Three reasons why the Ford Figo makes for a great student car One aspect Wheels24 contributor, Robin Classen, could not stop talking about, is the Figo's frugal fuel consumption. Classen spent many hours driving the Titanium model, and would often return the key noting how fuel efficient the car is.

In one of his reviews, Classen notes: "You wouldn't think this car is powered by a three-cylinder engine when you initially start driving and playing with the throttle. On the contrary, it feels as though it could be turbocharged, so swift is the throttle response." Wheels24's Janine Van der Post says: "The most impressive thing I loved most about the Figo was its abundance of space. For such a tiny car, it's legroom is vast, and so is the boot space. I'd rate it as one of the best in its class.

"It's ridiculously comfortable too, and just so easy to live with. Another highlight, as Robin has mentioned, is its frugal fuel consumption. It's no wonder that Ford sells volumes every month, and why it remains a firm favourite in the local market.

"My only gripe is that the backboard in the boot wears out and thin rather quickly, but these are cheap and easy to replace. However, instead of getting the same flimsy board only to be replaced later down the line, I'd much rather ask my mates who own a car sound installation shop to fit me a reinforced back board they'd usually use for speakers."

We live in a world where facts and fiction get blurred
In times of uncertainty you need journalism you can trust. For 14 free days, you can have access to a world of in-depth analyses, investigative journalism, top opinions and a range of features. Journalism strengthens democracy. Invest in the future today. Thereafter you will be billed R75 per month. You can cancel anytime and if you cancel within 14 days you won't be billed.
Subscribe to News24
Related Links
Three reasons why the Ford Figo makes for a great student car
Ranger, EcoSport and Figo head up Ford’s sales charge in January
Next on Wheels24
Sharper, sportier and SA-bound - BMW reveals updated 3 Series and it looks good!