What Hyundai's new i30N hot hatch offers beyond the obvious 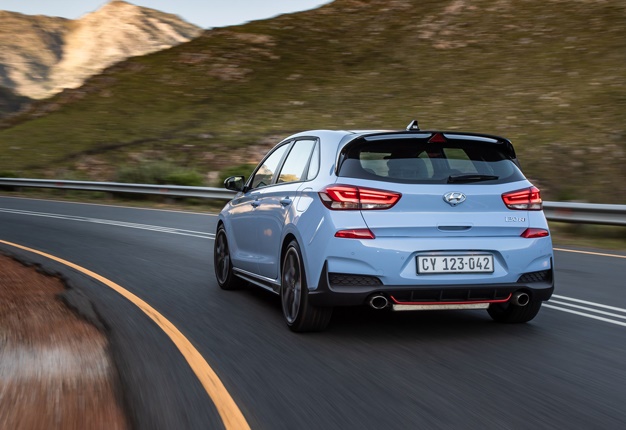 Hot hatches and heritage make it very difficult for disruptors.

Volkswagen reigns supreme with its Golf GTi and R derivatives, having perfected the hot hatch concept over more than forty years.

This brings us to the newly-launched Hyundai i30N. Hyundai's first dedicated front-wheel-drive performance car has been a long time in the making and it enters a crowded market with many established European rivals.

In the South African hot hatch space, many brands have quit over the last ten years. Peugeot and Citroen are no longer players. Nor is Opel. Or Mazda. And that has created a small wedge of opportunity for Hyundai to capture some market share.

What has been your favourite hot hatch of all time, and why? Email us. Hyundai commands powerful R&D resources and Biermann was given a very generous timeline for the i30N’s development. He was also not under pressure to replace a predecessor model within a continuation product cycle. The result is a car with many.

Korean build quality and a strong dealer network could make the i30N a compelling alternative to high-performance hatchbacks such as the VW Golf R, Renault Megane RS and AMG A35. Hyundai won’t sell vast numbers of its i30N locally. But that’s not the point. This is a rolling symbol of what the company’s engineering resources are capable of in 2020.

For the South African market, i30N is a true halo car. The Veloster was a disappointment, but Hyundai is a significant influence in the local market, being the fourth-largest presence, and has strong brand cachet.

With i30N it proves that build quality, features and value aren’t its only capabilities – dynamic verve is now finally also a Hyundai selling point too.

Although only a limited number of dealerships will be accredited to sell i30N, servicing is unconstrained. The generous distribution of Hyundai’s local dealer footprint gives i30N a notable advantage over rivals such as Honda’s Type-R, which is constrained by a much smaller dealer network in terms of ownership convenience. But what really distinguishes it, is that six-speed manual gearbox.

It is a sad reality that despite South Africa having some of the most enthusiastic and committed hot hatch customers in the world, we lack manual-gearbox options.

You can have a Megan RS or Honda’s Type-R with an H-gate. And that’s it. VW doesn’t even bother with the option of a six-speed manual on its Golf R and BMW’s new M135i, is only available with an eight-speed auto.

“Save the manuals.” Nobody knows exactly where this call to action started, but if you are a true motoring enthusiast, it will resonate with you. As traffic conditions become worse and manufacturers attempt to make driving easier and improve fuel consumption, automatic and dual-clutch transmissions have become a default in most passenger vehicles.

Manual aren’t faster, but they are a great deal more engaging to drive. And in a performance application, they can be the difference between forming that rare bond with your car, and merely being a hot hatch owner.

A dual-clutch transmission will arrive as an option for South African i30 N owners, in time, but for now, its six-speed manual is part of the appeal.

We live in a world where facts and fiction get blurred
In times of uncertainty you need journalism you can trust. For only R75 per month, you have access to a world of in-depth analyses, investigative journalism, top opinions and a range of features. Journalism strengthens democracy. Invest in the future today.
Subscribe to News24
Related Links
Dear petrolheads, here’s why you’re allowed to consider the Hyundai i30N over a Volkswagen Golf R
DRIVEN | Hyundai has launched its highly-anticipated i30N in SA, but is it worth R680 000?
Next on Wheels24
WATCH | Get up close and personal with Nissan's 400Z twin-turbo 294kW V6 engine