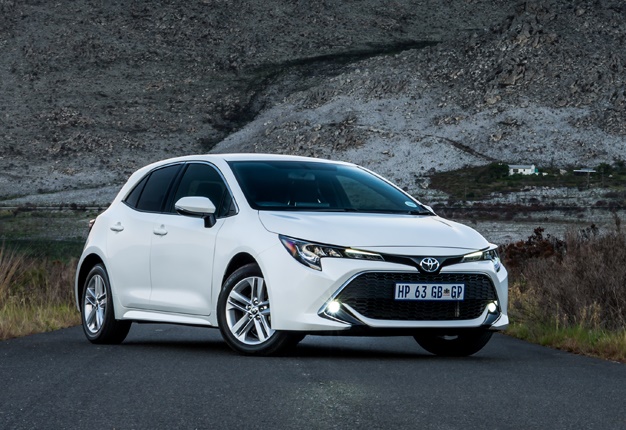 In early 2019, Toyota launched its all-new Corolla in South Africa.

The new model, then only available in hatchback guise, heralded a new era for the Corolla badge; one that the car would probably never have been associated with. Twelve months later, and Toyota thought it necessary to bolster the range with an enhanced specification.

The changes are mostly under the skin, but it should definitely aid the Corolla hatchback in finding favour among local consumers.

All Corolla Hatch models are sold with a six-services or 90 000km service plan (service intervals at 12-months or 15 000km) and a three-year or 100 000km warranty. Toyota Connect telematics service and in-car Wi-Fi connectivity (with a complimentary once-off 15Gb) also feature as standard.

Later in March 2020, Toyota South Africa will also launch sedan version of the new Corolla. But unlike the hatchback that’s powered by the 1.2-llitre turbocharged engine, the sedan will feature a 1.8-litre and 2.0-litre engine petrol engines. Both naturally-aspirated. The LED headlamps have also been upgraded to include Auto High Beam (AHB) on the Xr model.

Bi-tone colour options have been added to the colour palette (Pearl White, Satin Silver, Emotional Red and Caribbean Blue - all paired with a black roof), while Pearl White and Caribbean blue have been deleted in the mono-tone configuration. Pricing for the 2020 Toyota Corolla range We live in a world where facts and fiction get blurred
In times of uncertainty you need journalism you can trust. For only R75 per month, you have access to a world of in-depth analyses, investigative journalism, top opinions and a range of features. Journalism strengthens democracy. Invest in the future today.
Subscribe to News24
Related Links
A South African favourite returns! Toyota reveals pricing for new Corolla sedan
DRIVEN | Why Toyota has launched its new Corolla Quest with a huge price-cut on top models
Next on Wheels24
All-new Range Rover is SA bound with thumping 390kW V8 engine headlining the show