Wow! The week of 10 - 14 February was quite a busy one with regards to new vehicle launches in South Africa.

Three launches took place in sunny Cape Town and surrounds, but all three events saw the manufacturers have some of the same launch route. And why not? Seeing that the popular Franschhoek Pass with all its delicacies is a favourite among petrolheads.

The fourth, and final, launch of the week, took place in Durban. The coastal city played host to the Renault Triber launch, where meandering through the green pastures of the province made for amazing scenery.

Branquino said: "With more bakkie customers being lifestyle or family vehicle users, the appeal of automatic transmissions is clear: comfort and convenience. Traditional bakkie manual transmission can have a solid shift quality, and long-throw action can also be fatiguing to some.

“Where its rivals have six-speeds, the Isuzu only has five. For some, that could be an issue, as a five-speed transmission is heavier on fuel and can be tardier when you require a rush of overtaking acceleration.” 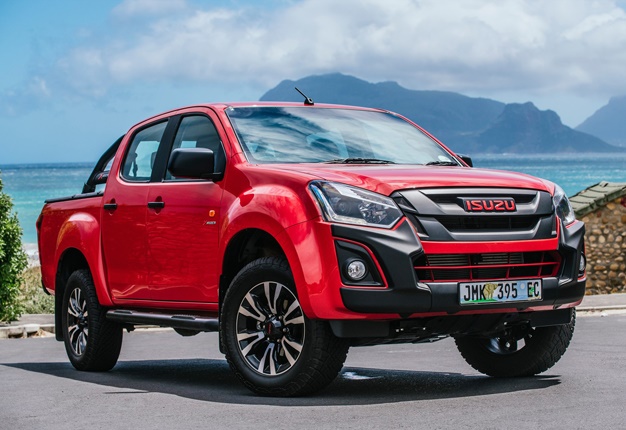 Hyundai is a bit late to the party with its i30N hot hatch, but the product itself is not to be scoffed at. The i30N features a turbocharged 2.0-litre petrol engine that’s mated to a six-speed manual gearbox. The front-wheel drive hatchback is a rival to the Volkswagen Golf GTI, but at R679 900 it’s placed in Golf R territory.

In his review, Wheels24’s Charlen Raymond said: "The twists and turns (of the Franschhoek Pass) allowed (the car) to be explored to its full extent, and give a glimpse into what potential owners may (experience). Scaling the pass, the engine found its rhythm as the redline is chased, while the hard- braking sections proved that the brakes can handle rigorous driving.”

Dear petrolheads, here’s why you’re allowed to consider the Hyundai i30N over a Volkswagen Golf R.

The naturally-aspirated 1.6-litre engine churns out 90kW and 151Nm, while the turbocharged motor develops 103kW and 242Nm. Whereas the GT Line is fitted with a seven-speed dual-clutch gearbox, the 1.6 EX+ makes do with a standard six-speed auto ‘box.

Wheels24 editor, Janine van der Post, attended the launch in Cape Town and will share her thoughts on the newcomers in the week ahead.

Perhaps the biggest surprise of the week is the new Renault Triber. The new vehicle, a seven-seater MPV, boasts with SUV design cues and ample space. Built on a modular platform shared by both Renault and Datsun, the Triber looks to tap into a new market; especially given its aggressive price point.

Wheels24’s Sean Parker said: "The steering is light, but there's enough feedback to tell you're in control of the car and it's not going wayward. There is the predictable body roll when cornering and the high seating position adds to the feeling of sitting 'on top of the car' but that's exactly what Renault aimed for, to feel as if you are driving a larger car."

We live in a world where facts and fiction get blurred
In times of uncertainty you need journalism you can trust. For only R75 per month, you have access to a world of in-depth analyses, investigative journalism, top opinions and a range of features. Journalism strengthens democracy. Invest in the future today.
Subscribe to News24
Related Links
Dear petrolheads, here’s why you’re allowed to consider the Hyundai i30N over a Volkswagen Golf R
First Drive | Isuzu D-Max 250 auto
Next on Wheels24
SEE | Old vs New - These design changes reveal differences on Ford's new Ranger bakkie