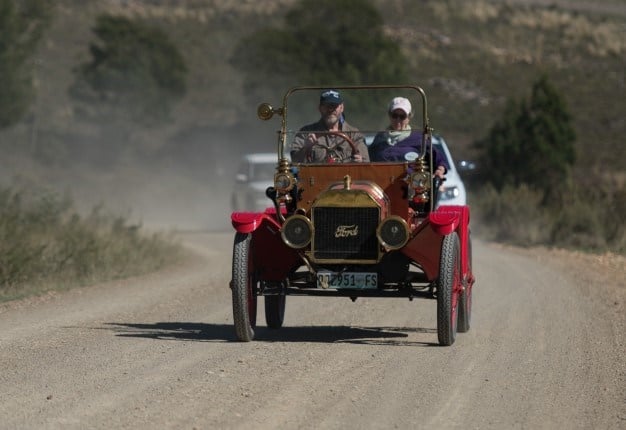 • The Model T is the 10th best-selling car in history with 16.5-million cars sold.

• In 1924 the Model T was assembled in Port Elizabeth by the Ford Motor Company of South Africa.

October 1 signals the beginning of Transport Month which is also the date when Ford's iconic Model T went on sale for the very first time in 1908. Ford also celebrates the day as Model T Day.

The Model T was named the most influential car of the 20th century in the 1999 Car of the Century competition, according to Ford and over 16.5-million examples were sold between 1908 and 1927. It's the 10th best-selling car in history. The company's founder Henry Ford said: "I will build a car for the great multitude. It will be large enough for the family, but small enough for the individual to run and care for. It will be constructed of the best materials, by the best men to be hired, after the simplest designs that modern engineering can devise.  But it will be so low in price that no man making a good salary will be unable to own one."

The Model T was brought to life in Piquette Avenue in Detroit, Michigan. It was characterised by a number of now-common features including a left-sided steering wheel, an enclosed four-cylinder engine with a detachable cylinder head and a one-piece cylinder block, says Ford. The first local Ford agents were appointed in 1905 in Port Elizabeth, with the Model T being introduced in 1908 as a successor to the Model N.

The Ford Motor Company of South Africa was founded as a subsidiary of Ford of Canada in 1923, and local assembly of the Model T began the following year, near to the company's Struandale engine plant in PE.

In this period Model T parts were shipped in wooden crates from Canada arriving at the PE harbour and were assembled in a converted old wool warehouse – making it the 16th For assembly plant outside of North America, and the first assembly line of any kind in Africa. Car for the masses

Apart from being within the economic reach of the average citizen, the Model T helped Henry Ford show off one of his truly pioneering inventions -- the moving assembly line.

According to Ford by breaking assembly down into 84 distinct steps performed by groups of workers as the vehicle chassis moved down the line, production time in 1913 was slashed from 12.5 hours to around 1.5 hours per vehicle.

At the company's peak production of the Model T in 1923, the production time was cut down to only 23 seconds. 45 members make up the the Model T Ford Club of South Africa which has been running for four years. The members meet up and take road trips, including the almost 1800km trip from Simon’s Town in the Western Cape up north to Nelspruit in Mpumalanga.

"Although the number of Model Ts in South Africa can’t compare to the approximately one million still running in the United States, the quality of local restorations is as good as anywhere in the world," says Philip Kuschke, president of the Model T Ford Club of South Africa.

"All members in the club understand that in order to keep up the enthusiasm for the Model T, they need to pass along all the knowledge and tradecraft they can. As a retired woodworker, I have made sure to teach other Model T owners how to build the intricate spokes that make up the centre of the wheel."

"It has been a privilege to be part of this amazing legacy! Some members, like myself, learned to drive in a Model T, and that same 1915 Model T Ford is still being driven by my brother today. It’s such an icon, and once you have learned to drive the car, you have to have one," concludes Kuschke.

We live in a world where facts and fiction get blurred
In times of uncertainty you need journalism you can trust. For 14 free days, you can have access to a world of in-depth analyses, investigative journalism, top opinions and a range of features. Journalism strengthens democracy. Invest in the future today. Thereafter you will be billed R75 per month. You can cancel anytime and if you cancel within 14 days you won't be billed.
Subscribe to News24
Related Links
History in motion: 109-year-old Ford Model T for sale
Next on Life
Judgement Day: What it takes to be a classic car judge at the popular Concours South Africa 2022