OPINION | Why you can forget about Honda reviving its S2000

If there is one car the motoring world is missing, it's the Honda S2000.

Practical shortcomings aside, it's a driver's car that rewarded you on every drive. But the reward wasn't just thanks to one aspect of the car. No, it was how every intricate part of the car came together to produce a stellar experience.

Everyone who drove or owned it can recall one aspect of the car that stood out for them. Some might say the steering is a highlight, while others will praise the balance. And then you get those (of us) who will go lyrical about the drivetrain: engine, gearbox, rear-wheel-drive.

And this is something Honda managed to get just right with the S2000.

Sadly, in 2009, Honda put a halt to the S2000's production. And while rumours fueled the hope that a successor is on the horizon, it never came to fruition. Hopes and dreams remained just that, and the automotive world is left to continue their mourning.

Would you like to see the Honda S2000 make a comeback? Why? Email us. The last number of years, there has been a steady, yet rapid, decline in new vehicle segments other than bakkies and SUVs. And sports cars have been taking the hardest knock, especially two-door sports cars. That is why Honda, in 2009, decided to pull the S2000 from the market.

The sales trends have been indicative of what we can expect, and Honda had to adjust its portfolio and business plan.

However, while Honda pulled out, Mazda persevered with its MX-5. Across the pond, BMW had its Z4 (pause in production aside), and Mercedes-Benz its (now defunct) SLK. Fast-forward a few years, and the market saw the addition of the Toyota 86, Abarth's 124 Spider, and Toyota's all-new GR Supra - the latter almost 20 years since production was stopped. But Honda is resilient in its decision not to revive the S2000.

Of the car's mentioned, the MX-5, 86, and 124 Spider are the closest challengers to the Honda. They are similar in size and make use of small capacity engines. But while it's well and dandy to have these cars on the market, there is one big problem with them - a problem Honda does not want to have. Sadly, the demand for SUVs and bakkies have toppled almost every segment of the market. And while these mentioned cars are still very much a part of their respective automaker's portfolio, they are there for nostalgia.

The MX-5, 86, and 124 Spider are lucky if they sell one unit a month in South Africa, in any given month. One! Why would Honda take the risk? Why invest millions - if not billions - in Research and Development, only for a handful of units to be sold both locally and globally. It would be like throwing money into the wind and expecting to find every bill once everything's calmed down.

SEE: Modern classic showdown - BMW M3 or Honda S2000: The results are in

As a fan of the automotive world, I am in favour of a successor to the S2000. I mean, if the competition can take a chance, surely Honda can, too. They must! But we must be realistic. The Honda S2000 will not survive in the current climate. It will flounder, regardless of how good the package is. Honda is doing well with its range of SUVs, and the Civic and Jazz are filling their support roles quite nicely.

It's such a shame that a two-door two-seater will not work, because these cars offer the best enjoyment from behind the steering wheel. An aspect the S2000 was once a leader in. 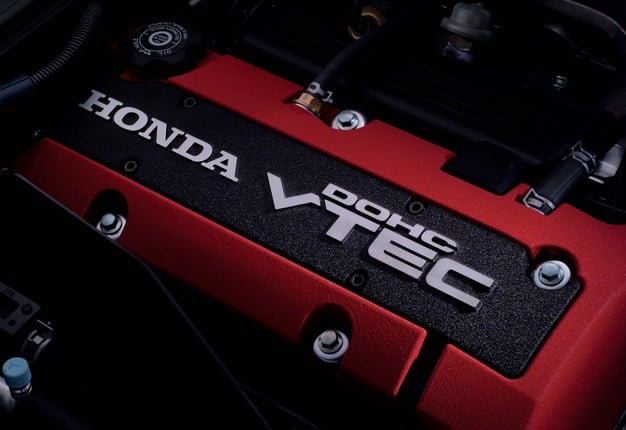 We live in a world where facts and fiction get blurred
In times of uncertainty you need journalism you can trust. For only R75 per month, you have access to a world of in-depth analyses, investigative journalism, top opinions and a range of features. Journalism strengthens democracy. Invest in the future today.
Subscribe to News24
Related Links
Modern classic showdown: BMW M3 or Honda S2000 - The results are in
INFOGRAPHIC: Will these legendary cars make a comeback?
Next on Wheels24
WATCH | These senior petrolheads still go for weekly rides in their classic cars since 1957